*See images in the photo gallery below

The world’s longest running indoor car show, the Grand National Roadster Show, is coming to the Fairplex in Pomona, California. Now in its 68th year, the three-day show will be packed with over 600 vehicles competing to win one of the show’s many awards, with an additional 1,000 cars joining in on Jan. 28 and Jan. 29 for the 12th Annual Grand Daddy Drive In.

The Grand National Roadster Show each year hands out 400 individual awards recognizing the best customs, restorations, race cars, trucks, suede vehicles, hot rods, muscle cars, and street machines. The theme for this year’s show is “The Magic Happens Here,” so attendees can expect to see lots of vehicles and displays decorated in the theme.

Of all of the awards given out at the show, none is more highly sought after than the America’s Most Beautiful Roadster (AMBR) award. This year’s show features 13 of the country’s best custom rods competing for the AMBR award. The winner will have their name engraved on the massive 9-foot trophy, along with a $10,000 prize. Previous AMBR award winners include legendary builders like Boyd Coddington, Ermie Immerso, George Barris and Blackie Gejeian.

The show will also feature specially themed displays that celebrate different aspects of automotive culture. To celebrate the 60th anniversary of the Tri-Five Chevy, Building 9 of the Pomona Fairplex will be an all Tri-Five hall (1955-1957) presented by Danchuck and sponsored by the American Tri-Five Association. This building will feature arguably one of the most famous Tri-Five’s ever built, the 1957 Project X 210.

There will also be displays dedicated to classic California Lowriders, featuring cars from the famous Lifestyles and Groupe car clubs, as well as ones containing displays of gassers and woodies.

Ray Evernham, host of Velocity’s AmeriCarna will be on-hand throughout the weekend in Building 6 of the Pomona Fairplex signing autographs alongside the 1958 Impala, and Candy Clark from American Graffiti.

Show attendees will also have the chance to bid on pinstriped artwork done at the show by master painters at the Pinstriper’s Reunion. All proceeds from the auction will then be donated to this year’s charity, Teen Challenge.

The show opens to the public at noon on Friday, Jan. 27 and runs until 6 p.m. on Sunday, Jan. 29. Admission for adults is $25 each day; children ages 6-12 are $10 each day; ages five and under are free. Parking is $10 and the entrance to the lot is located at Gate 9 off of White Avenue. There will also be numerous food vendors on site to accommodate families. 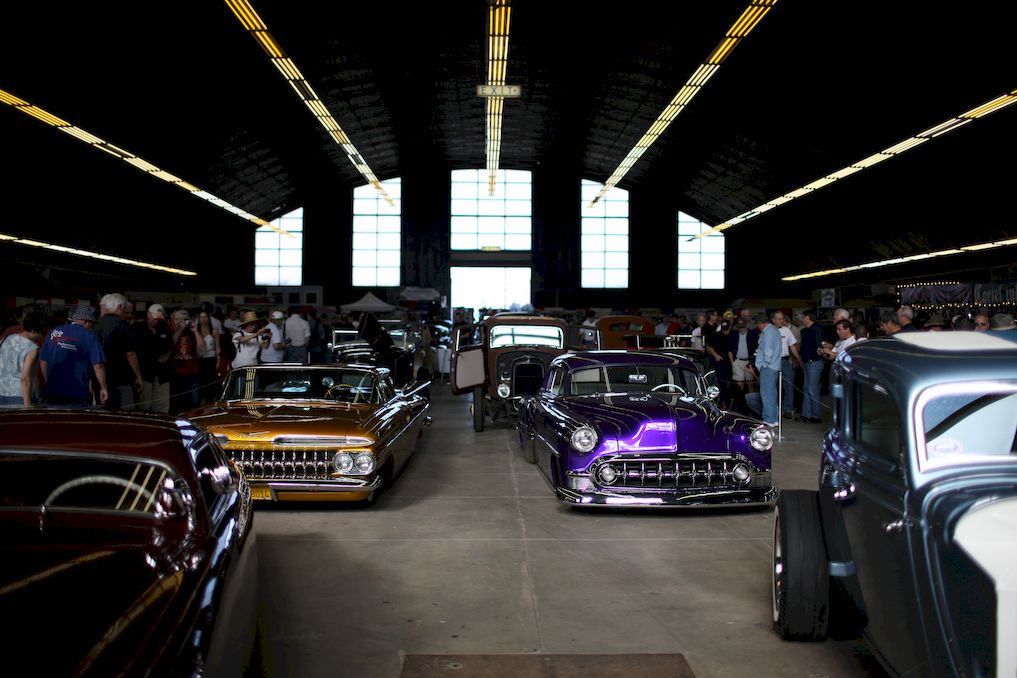 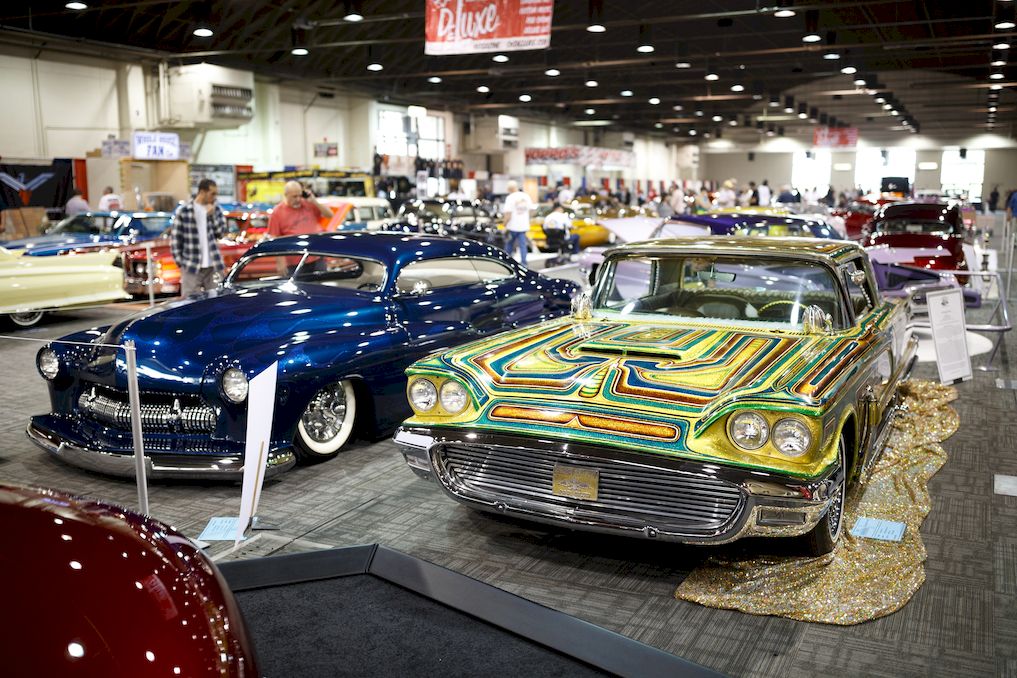 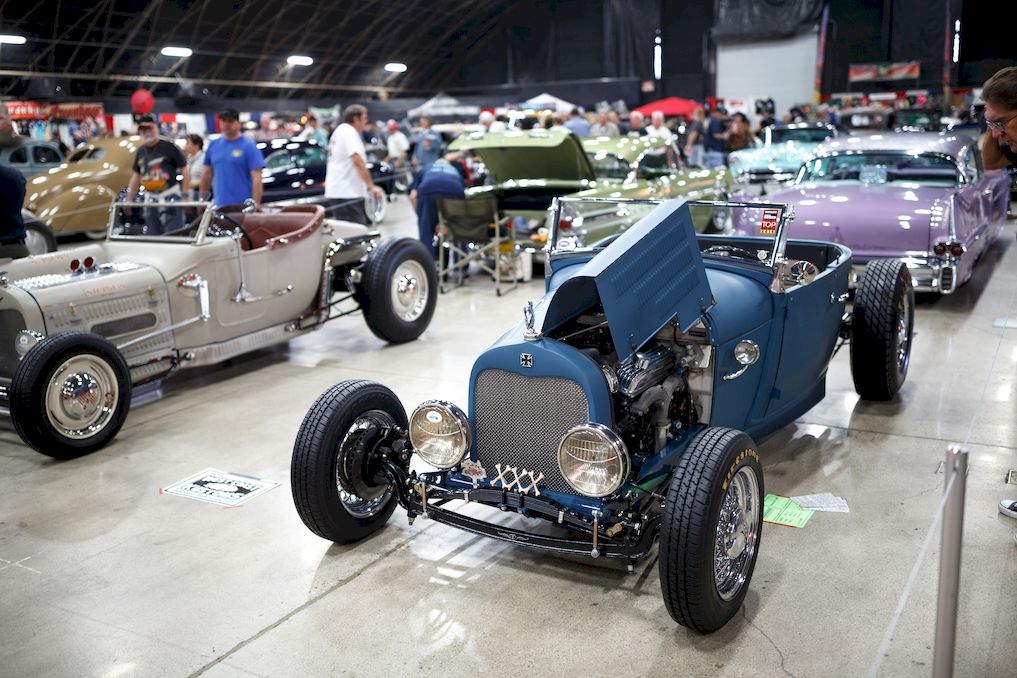 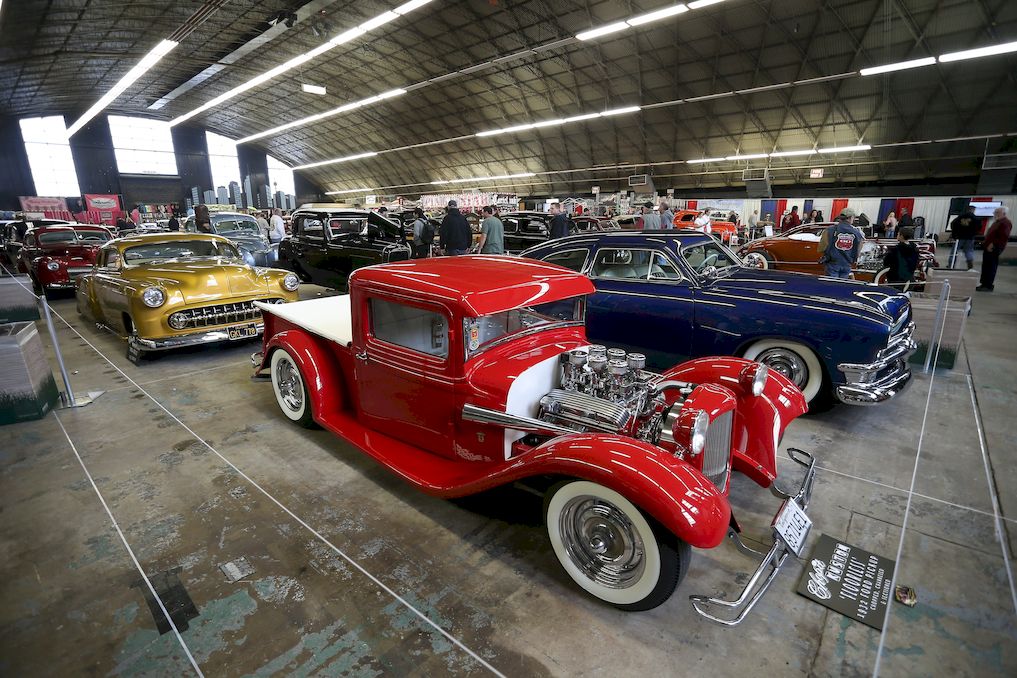 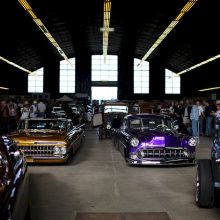 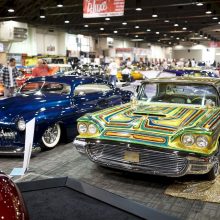 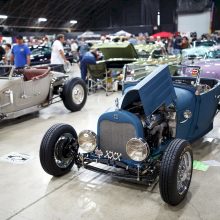 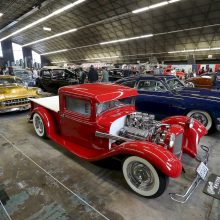