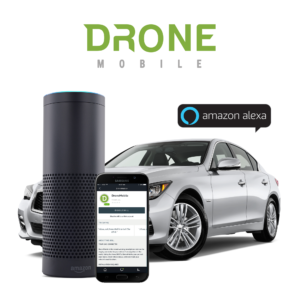 DroneMobile is a connected car solution that gives drivers the ability to lock/unlock, GPS track, and remote start their vehicles using their smartphone. In 2016, Firstech expanded the DroneMobile app to work on wearable devices such as the Apple Watch and Android Wear.

“We are excited to bring the powerful Alexa engine to DroneMobile,” shares Firstech’s Managing Director, Jason Kaminski, “Alexa is the ultimate controller for connected smart devices, which will add a new level of convenience to something our customers previously had to do with their smartphone or remote control.”