Federal-Mogul Powertrain, a division of Federal-Mogul Holdings Corporation, is supplying the pistons, pins and ring packs for the quad-turbo diesel engine that will power the 2017 BMW 750d and 750Ld xDrive models.

The new 3.0-liter engine, the world’s most powerful six-cylinder diesel, develops 400 horsepower and peak torque of 760 560 lb-ft, according to Federal-Mogul.

Tasked with delivering a robust solution for low levels of blow-by and oil consumption over the entire life of the vehicle, Federal-Mogul Powertrain’s piston and ring engineers worked closely as a team with BMW engineers throughout the development program. The high level of co-operation enabled the engine to incorporate a number of advanced Federal-Mogul Powertrain piston and ring technologies, according to the company.

“Meeting the requirements for this engine was very demanding,” said Gian Maria Olivetti, chief technology officer of Federal-Mogul Powertrain. “Having four turbochargers tends to increase blow-by, which is also influenced by the use of direct bore coating rather than cylinder liners, resulting in slightly greater thermal expansion. Additionally, the higher peak cylinder pressures and specific power mean that the loads on both piston and ring pack are increased.”

Federal-Mogul Powertrain met all the targets by combining a number of its leading technologies with a state-of-the-art product traceability system, according to the company. The aluminum piston uses DuraBowl remelting to refine the micro-structure of the bowl rim and increase its strength and advanced 2D ultrasonic inspection ensures zero defects. A high cooling gallery location reduces bowl rim stresses through optimum cooling and an EcoTough skirt coating reduces friction and wear, improving scuff resistance.

The ring pack was developed with the support of Federal-Mogul PRiME 3D simulation software to meet the stringent blow-by and oil consumption targets and incorporates a number of technologies that are proprietary to Federal-Mogul Powertrain. The first compression ring carries a GOETZE Diamond Coating (GDC) to optimize friction and wear; the oil control ring uses the LKZÂ® profile, which actively pulls oil away from the combustion chamber for low oil consumption throughout the life of the engine, according to Federal-Mogul Powertrain.

The traceability of every individual compression ring, rather than just each batch, is ensured by using DMC (data matrix codes) to record function-related features following 100 percent inspection, giving complete control of the entire production.

“By working closely with our customers from the earliest stages of a new engine program, we can ensure they take full advantage of the latest technologies available,” explained Marcus Freidhager, piston application engineer and project manager of BMW Diesel for Federal-Mogul Powertrain. “This makes it possible to produce more efficient engines while ensuring robust performance and a long life from our components, even in the most highly rated applications.”

The new BMW quad-turbo diesel engine was announced at the 2016 Vienna Motor Symposium and will be available in seven-series models ordered from July onwards. In addition to the pistons, pins and ring packs, Federal-Mogul Powertrain also supplies bearings, valves, valve cotters and spring retainer caps for this engine. 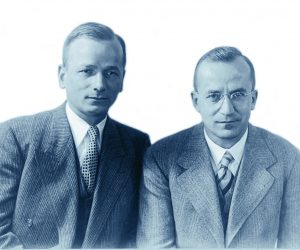