California-based Singer Vehicle Design is showing its most recent restoration of a right-hand-drive Porsche 911 at the Sept. 3-5 Luxury Supercar Show & Concours d’Elégance,’ in England.

Singer is showcasing the “Manchester,” a 1990 Porsche 911 featuring a custom design that “blends tradition with modernity,” as it combines light-weight construction with comfort, durability and high performance, according to Singer.

“To know that our small company can play even a minor role in such a significant gathering is extremely humbling-”and to be recognized within the U.K.’s most prestigious automotive event is both an honor and a further homecoming for me, bringing me enormous pride,” said Rob Dickinson, founder of Singer, who is a native of the U.K. currently residing in California.

Referred to as “Manchester” for its current residence, this particular 1990 Porsche 911 Coupé is the first Singer restoration belonging to a customer in the U.K. that features the all-new 4.0-liter, 390-horsepower engine, developed exclusively for Singer by Ed Pink Racing Engines

Details, such as the unique nickel-plating on the side mirrors (a traditional plating with a golden warm hue which Dickinson himself developed), bring subtle differences that lend to the exclusivity of a vehicle restored by Singer, according to the company.

“For us, it’s those nuances, personified by our attention to detail that matter most,” Dickinson said, “because our mantra remains that everything is important.”

Each customer vehicle restored by SVD is reborn out of a collaborative effort between the customer and SVD, according to the company. SVD restores, tunes, modifies and customizes existing Porsche automobiles. With limited availability and an eight to 10 month restoration cycle, vehicles have more recently been commissioned by Porsche owners in Hong Kong, Moscow, Canada, England, Germany, New Zealand, Norway and the U.K. 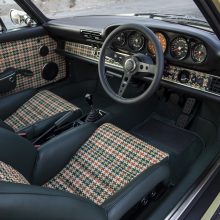 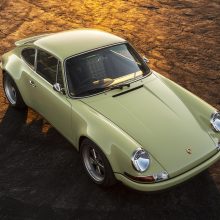 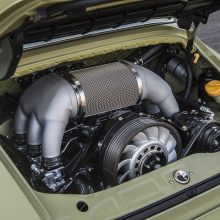 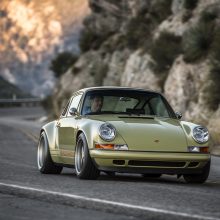