When most people go on vacation in Hawaii, they expect to come home with a tan or a t-shirt, but Wade Kawasaki, COO and president of Coker Tire had something else in mind. Kawasaki recently returned from the islands with a 1970 Pontiac GTO Judge in good shape, but in need of a cosmetic restoration.

Wade saw the Judge as the perfect opportunity to work with car builder Bodie Stroud, proprietor of Bodie Stroud Industries and star of the revamped HISTORY series “American Restoration.” The restoration project was filmed for the show and will be featured on the episode, “Here Comes the Judge,” airing Friday, Feb. 26 on HISTORY.

Wade stumbled upon his GTO while on vacation in Hawaii and bought the car from the owner with only 44,000 miles on the odometer. However, the Judge had suffered some damage to the left front fender and left rear quarter and needed a little TLC to get it back to its former state.

“When I saw the car, I knew I had to have it,” Kawasaki said. “The car was in decent shape, had low mileage, and was a nostalgic reminder of the beginning of the muscle car era. I couldn’t pass up the opportunity.”

While typically known for his more creative and custom work on cars, like Tim Allen’s 1968 COPO Camaro, Bodie is also well respected as a restorer. His meticulous research and skill in fabrication made him the best man for the job, according to Coker Tire. Bodie left no stone unturned in the restoration of the GTO, with every panel and fastener and piece of trim getting the same attention to detail.

“The GTO was a great project,” Stroud said. “We had a good base to start with and had a challenging deadline to get the Goat to the 2015 SEMA Show, but we made it and seeing Wade’s face when we revealed the finished car to him at the end of the project made it all worth it.”

The seventh season of “American Restoration” features five new shops across the country. Representing the West Coast is Bodie Stroud Industries-the only shop to appear on all 13 episodes of the new series. 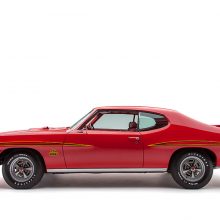 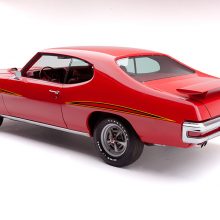 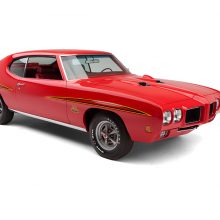 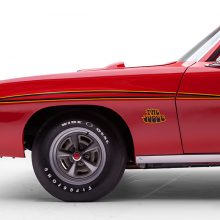 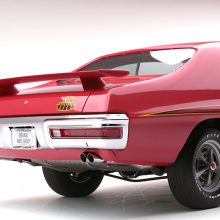 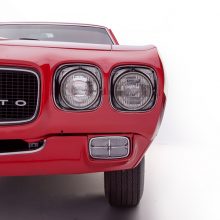 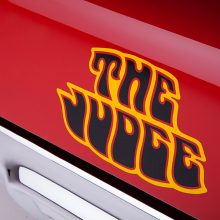 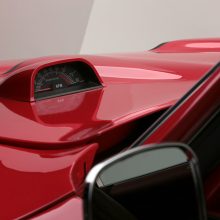 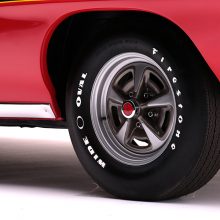 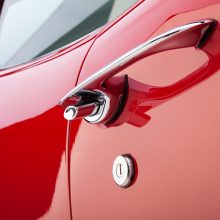 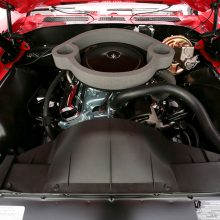 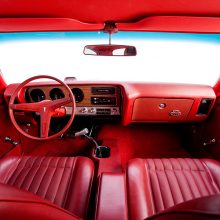