In an ode to racing days of lore, Carroll Shelby International and Shelby American on Friday (Sept. 11) will host a performance press conference, complete with body doubles and actors, replicating when Carroll Shelby met with the press prior to the first FIA World Championship in 1965. The event, held during the U.K.’s Sept. 11-13 Goodwood Revival, also will serve as a launch pad for a limited run of 50 Shelby Cobra Daytona Coup models.

The performance press conference recreates the one that took place in 1965 before the World Championship. It will be led by Shelby family members-including Aaron Shelby acting as his grandfather, Carroll Shelby, and Alan Mann, acting as his father Henry Mann-as well as official Goodwood theatrical company actors. The production will take place next to the new aluminum continuation Daytona Coupe and will include a Q&A session. The conference will be followed by an autograph session with original team members including Peter Brock, Allen Grant and Jack Sears.

The event is one of several by Carroll Shelby International to mark the 50th anniversary of the inaugural FIA World Sports Car Championship.

“The Goodwood Revival will be an important milestone for Shelby,” said Neil Cummings, co-CEO of Carroll Shelby International and CEO of Carroll Shelby Licensing. “We’re honored to debut our new Cobra Daytona Coupe at Goodwood as the world celebrates the 50th anniversary of Shelby American earning the U.S. its first and only World Sports Car Championship. The event is a key part of our international initiative to create a network of dealers and mod shops worldwide.”

Carroll Shelby International, Carroll Shelby Licensing and Shelby American will host events for the approximately 150,000 spectators from around the world throughout the three days of the Revival.

“There are only six original Shelby Cobra Daytona Coupes built in the world, making them worth millions of dollars each today,” said Joe Conway, co-CEO of Carroll Shelby International and CEO of Shelby American. “The demand was so strong for these unique cars that we are making 50 continuation versions that are available in aluminum and fiberglass. The Goodwood Revival stage will allow us to put those cars, as well as the modern-day Shelby’s into proper context for our global fans.” 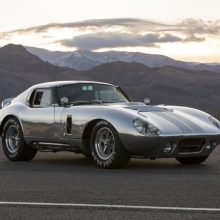 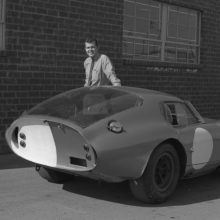