The Gibson GK428 engine was unveiled ahead of the Le Mans 24-hour race.

FIA/ACO has chosen the prestigious Le Mans 24-hour race as the venue to launch the new LMP2 2017 engine. The GK428 engine was unveiled this week ahead of the 24-hour race on Saturday, June 18.

Repton-based engine manufacturer Gibson Technology was chosen by the FIA/ACO as the single engine supplier for LMP2 class sports cars from 2017 to 2020. Gibson has developed and will manufacture a new 4.2-liter V-8 engine, supplying all LMP2 teams in the FIA World Endurance Championship (WEC), including the Le Mans 24 Hours, as well as the European Le Mans Series (ELMS) and the Asian Le Mans Series (from 2019 onwards), according to a press release.

“We are honored to have been awarded the contract and look forward to working with, and supporting, all LMP2 teams from next year. It is a testament to our workforce and the products they have produced over many years,” said Bill Gibson, chairman of Gibson Technology. “Gibson has over 20 years’ experience supplying engines for single-make racing series and we are confident we can help make a valuable contribution in helping what is already a flourishing series become an even more successful sports car racing category.”

Design and development work has been under way since August, 2015 in order to achieve the targets set-out by the FIA/ACO. Dyno-based endurance, calibration and performance testing commenced in December, 2015 and subsequently the prototype GK428 engine has successfully completed 57 hours of simulated Le Mans 24-hour duty-cycle durability testing, which approximates to a total of more than 6,200 miles.

An initial batch of 20 engines are currently in production at Gibson Technology, four of which will be available by mid-August to support the 4 x chassis manufacturers’ car testing schedule planned for August to October.

An additional six engines will then be made available before the end of October, with 10 more engines ready for private testing by December, the release noted.

Gibson race engines most recently powered the Formula 3.5 V-8 Series. In the world of endurance racing, Gibson-Nissan-developed VK45 engines have seen success with many WEC and ELMS LMP2 teams, with notable victories at the world famous Le Mans 24 hours in recent years. 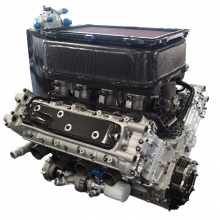 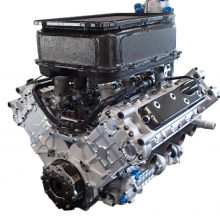