*See more images in the photo gallery below

In 1941, Carl Karcher started his first hot dog stand in Los Angeles by borrowing $311 against his trusty Plymouth, and that first stand grew into an empire and a staple of American culture called Carl’s Jr. To commemorate the restaurant chain’s 75th anniversary, Bodie Stroud and the Bodie Stroud Industries crew will restore a 1941 Plymouth Super Deluxe for CKE Restaurants CEO Andy Puzder on this week’s episode of “American Restoration,” airing Friday at 10/9 p.m. CST on HISTORY.

Since the famous burger chain was founded in Los Angeles, it made perfect sense for the top restoration shop in Los Angeles to tackle this important project. Puzder brought the BSI crew a 1941 Plymouth Super Deluxe in fair shape for restoration and customization, saying he chose a ’41 Plymouth because it was in 1941 when Karcher and his wife borrowed $311 (equal to $5,217 in today’s economy) against their Plymouth to buy the first hot dog cart that would become Carl’s Jr.

“This is such a fun project, we’re honored to take it on and will make the Carl’s Jr. team proud since this is a part of their history,” Stroud said. “I really enjoy all the historical aspects of the project-one of the most beloved burger chains in the world began in Los Angeles as a hot dog cart; that the Karchers borrowed money against their Plymouth to fund their dream; and the fact that Carl’s Jr. is celebrating a benchmark year by having a ’41 Plymouth restored to tour the U.S. It’s pure Americana.”

Once the car has been completed, the plan is for the Plymouth to hit the road and tour select Carl’s Jr. locations across the U.S. At the culmination of the tour, the car will then be auctioned off to raise funds for Carl’s Jr.’s Stars for Heroes program supporting American military veterans. 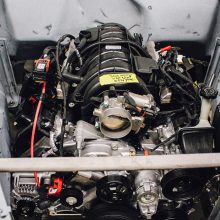 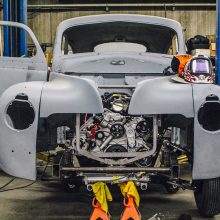 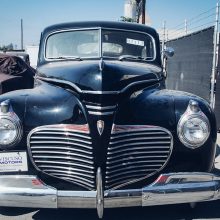 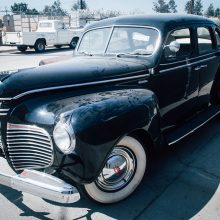 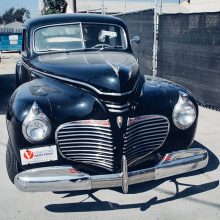 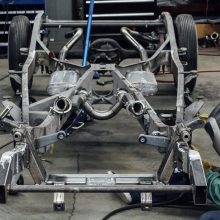