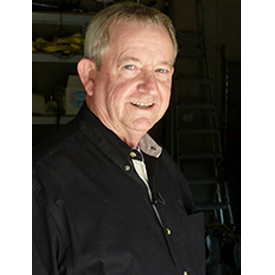 Robert (Bob) F. Cook Sr. has passed away. A 2008 SEMA Hall of Fame inductee, Cook founded Bob Cook Sales in June 1979. His résumé included three consecutive terms on the SEMA Board of Directors and chairmanships of the WD of the Year Committee, Rep Committee and Dues Review Committee, according to SEMA.

Cook grew up in west Georgia and moved to Atlanta when he was 8 years old. His mother raised four children on her own, and he found a mentor and surrogate father in his older brother, who shared his fondness for cars and racing.

“I’d always liked cars,” Cook recalled, “and when my brother got out of the Navy, he came home with a premiered ’51 Mercury that we took to the drag races. Of course, a Flathead Ford engine with a two-barrel carburetor was not very fast, but it got us started. My job at the time was to take the street tires off and put the slicks on. I was the pit crew.”

After graduating from high school, Cook studied to become an attorney at John Marshall Law School in Atlanta with the intention of getting into politics at some point, but that never materialized. Instead, he parlayed his day jobs and passion for cars into one of the most honored careers in the automotive specialty-equipment industry. He began as a delivery boy for a NAPA store called Redman Auto Parts. He moved from deliveries to stock clerking and eventually to the counter. When two of his fellow countermen left Redman to open their own parts store down the street, they lured him away.

From there, Cook went to work at a warehouse that dealt primarily with small-engine ignitions and carburetion. The carburetion link was further strengthened when he went to work for Holley Carburetor. The Holley factory team also represented the Edelbrock line and, in 1974, Cook joined several of the crew in breaking away to form a national rep firm called Performance Marketers Inc.

With a few years of the rep experience under his belt, Cook started his own agency in June of 1979. In those first years, Bob Cook Sales struggled to stay afloat. A few key people provided Cook with opportunities that helped his fledgling company survive. Vic Edelbrock and Bob Vandergriff were Cook’s first two clients.

As his company grew from just himself to a two-man and finally a 14-rep business, Cook began to help foster the industry by giving his time and his company’s sponsorships to SEMA and PWA events and functions over the years. Additional accolades included serving on the Long-Range Planning Committee, the New Products Judging Committee and the Person of the Year Committee. With his leadership, Bob Cook Sales has been honored six times with the SEMA Rep of the Year award. Cook was also a finalist for the PWA Person of the Year award nine times.

Cook retired in 2008, and enjoyed working on his farm in Georgia and spending time with his two sons, Robby and Jeffrey.