A 2D laser system originally designed to engrave caskets and granite monuments has profit potential in automotive manufacturing, customization, and branding, according to AP Lazer.

The 2D laser did not originally catch the auto industry’s attention because the original “boxed-up” laser machine allowed only small, lightweight objects to be engraved or cut. But the auto industry has found a multitude of uses for the laser system, from cutting excess off large plastic parts, customizing engine covers to branding small parts such as belts or gas caps, according to AP Lazer.

Now, the laser has an open architecture, allowing for auto shops the ability to customize larger objects, like an engine block, a transmission, a car door, or even the seats. Roechling Automotive, a branch of German Roechling Group based in Akron, Ohio, has adapted AP Lazer’s system in their plastic manufacturing plant. A radial robotic arm is integrated with the laser system to take the large plastic part from the injection mold, place it under the laser, then move it back to the production line after the excess of the plastic has been cut by a 100-watt CO2 laser beam. Originally, the plastic parts were cut manually. 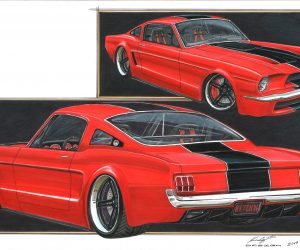 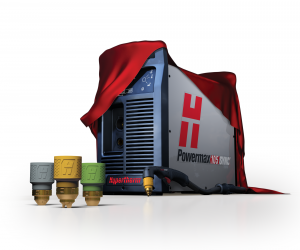 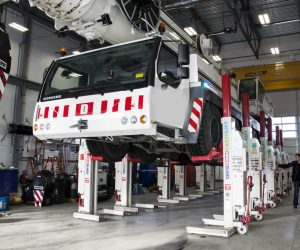