Under the hood of the 2017 Nissan Pathfinder

The 2017 Nissan Pathfinder was designed to improve the total driving experience, from steering response, to flatter cornering, and enhanced towing confidence and capability, according to Nissan.

Turning to the engine first, the goal was to add more power and torque without compromising fuel efficiency, which meant drawing on a catalog of current, borrowed and new parts and components. Around 43 percent of the new engine’s components were carried over from the 2016 Pathfinder engine, including critical systems like the aluminum-alloy block, exhaust valve timing control and intake manifold collector.

From other existing Nissan engine designs came 32 percent of the final components to the new Pathfinder, such as the variable displacement oil pump and electronic control module. That left around 25 percent for new components and technologies, creating what is officially known as the VQ35DD engine.

“With the new Pathfinder, the goal wasn’t to add raw power, it was to enhance driving feel and confidence across the entire rpm range, whether merging on a freeway on-ramp or pulling a trailer full of watercraft up to a mountain lake,” said Michael Bunce, vice president of product planning, Nissan North America, Inc.

The new Pathfinder engine is now cast with a molten iron coating layer (mirror-like finish) on the surface of the cylinder bores. This process, called Mirror Bore Coating, reduces friction between the piston ring and the cylinder wall. It also eliminates the need for the traditional cast iron cylinder liners (six total), thus making the aluminum cylinder lighter by around three pounds.

“While three pounds might not seem like much outside of And racing applications, it allows additional componentry to be added without increasing overall weight,” Bunce said.

Along with the new combustion chamber design, the engine features new pistons, a new air intake system-which enhances torque and horsepower-and the new fully electronic timing on the intake side, according to Nissan. The compression ratio has also been raised to 11.0:1, compared to the previous 10.3:1.

The engine’s new Direct Injection Gasoline (DIG) system, which is also utilized on the new flagship Nissan Armada full-size SUV, provides better wide-open throttle performance and improved fuel economy and emissions performance versus a non-direct-injection system, according to Nissan. The system injects fuel directly into the combustion chamber rather than into the intake port. The designated shape of the piston head controls the injected fuel flow to the spark plug. This introduces concentrated fuel around the spark plug, reducing the time needed to burn the fuel. This also helps eliminate residual fuel buildup, resulting in cleaner exhaust.

All 2017 Pathfinder models are equipped with Nissan’s third-generation Xtronic transmission (similar to that utilized in the sporty Nissan Maxima). The Xtronic transmission includes the latest D-Step Logic Control, which simulates shifts, giving a more natural acceleration feeling, according to the carmaker.

“Building on Pathfinder’s already highly capable adventure credentials, the revised 3.5-liter V6 helps provide real world driving benefits – more responsive acceleration and re-acceleration when entering highways or passing,” Bunce said. “Matching the added power and torque are enhancements to towing capacity and ride and handling due to revised suspension setting and 11 percent quicker steering versus the 2016 Pathfinder. Even the tires have new compounds and tread designs, helping provide quicker turn-in and balance, along with reduced understeer.”

Maximum towing capacity has increased by 1,000 pounds to a best-in-class 6,000 pounds (when properly equipped) due to the enhanced powertrain and body reinforcements added around the trailer hitch area, according to Nissan. The advanced Xtronic transmission design also helps keep engine rpm optimized while towing without the typical hunting for a gear feel. 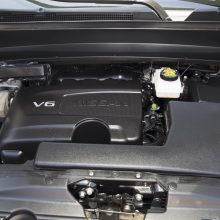 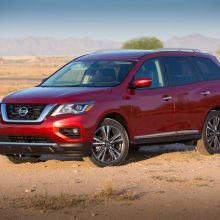 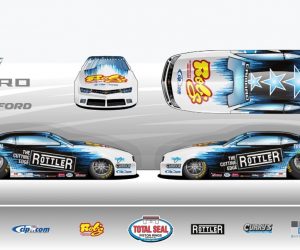 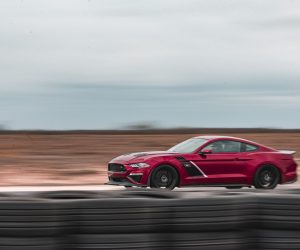 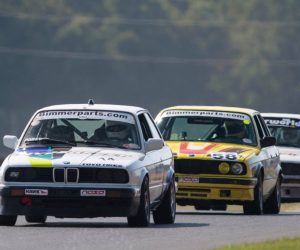 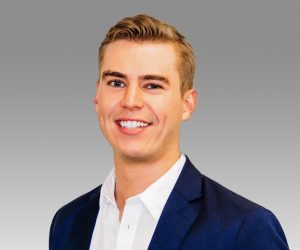 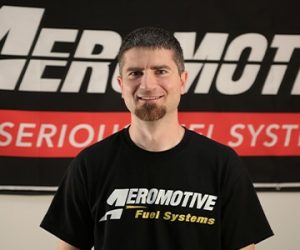 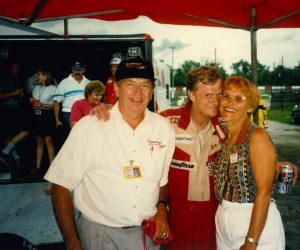