Mark Martindale says it best: “Over 35 family members have worked at the Boise [Idaho] lot over the past 40 years. (We have) 25 more at the other locations, along with countless others who are like family.”

So begins the story of Custom Truck Stores. And when the many layers of this multifaceted story are peeled back, it all comes down to one thing: family.

The family added Glasstite shells in 1975, started building Leer shells the next year, and by the time the early 1980s came around, made the decision to sell truck caps and their accessories as their primary product line. That formula has stood the test of time, and now, more than 40 years later, it’s still the main thrust of Custom Truck Stores.

Brick and mortar=face to face

Not stopping at just caps and tops, CTS also offer steps and running boards, bedliners, towing and lighting equipment, tool and cargo boxes, racks and van equipment. The shops’ product line is aimed toward outfitting trucks, and also steers into chassis and suspension work, and products from lift to lowering kits and load management equipment. They even offer car racks for bikes, skis, kayaks and other equipment.

Marty (Hershell) Martindale, who runs five stores in Nevada, Arizona and California, echoes that thought. When asked what it is that makes CTS so strong, he doesn’t hesitate for an answer and cites “customer service.” They do that by stocking the products customers want, and basically taking care of everyone who comes through the door. He quickly adds that listening to the customer is another key to success.

That strategy must be working for the families as Marty Martindale says CTS’ growth has always been straight up until 2006. In the past six months, however, he says his stores have seen sales spike by 25%. When asked for the reason of the uptick, he laughs and admits he has no explanation.

We asked Marty for his assessment of where the industry is heading. He says camper shells will be selling less, but truck accessories will always be there. He also points out the OEMs are more involved with certain accessories and that will affect sales.

After all these years, is it still fun for him? Marty again laughs and says, “I can hardly wait to get back to work.” He goes on to say much of the attraction is that he never knows what job is going to come through the front door, and that’s what makes it always interesting. “I am definitely addicted to this work,” he says.

Although Marty has reduced his role in leading his five stores, relying on his sons to pull the load, he is still very much active doing, as he says, anything that needs to be done. His leadership role activates when the sons come to him for his knowledge. Still, it’s not unusual to see Marty unloading a semi of truck caps or running parts between the stores.

Always a place to shop

CTS does its share of traditional marketing with local and regional shows, trade magazines, working and promoting with car and truck dealers and the occasional mailing. The mailings often consist of a flier, and sometimes a coupon is included. Two other traditional venues, the Yellow Pages and good old word of mouth do the rest.

Like pretty much any business, CTS has had a few product line duds. Mark Martindale says the company tried car and truck stereos for a couple of years before realizing, as he says, there are “all kinds of products that come and go.”

Returning to the family aspect yet again, it works that way for the products the shops carry, too. Their best example is Leer truck cover products that CTS has been with since the 1970s. Mark says the family and their stores look at overall loyalty and long-term relationships in their suppliers. He goes on to say they work, “hand-in-hand” with the manufacturer and would need, “solid reasons to move.”

On today’s business, Mark says, “Things are definitely better than they were,” citing all indicators as rising strong over the past few years. He also feels confident that, even sharing the market with website stores, “there will always be a place for us.”

The marketing of all those stores, past and present, has been done via simple, effective and proven methods. Mark says they are the traditional brick-and-mortar store: There’s no e-commerce currently going on at Custom Truck Stores. That’s because the family aspect promotes face-to-face, walk-in business. A good case in point is they are now selling and servicing third-generation customers that appreciate that family-business feel. The family also makes its customers feel like they are part of the CTS family. Mark says it’s about the strength and family aspects and, “customers join in on this.”

That’s not to say Custom Truck Stores is behind on its technology. CTS uses its website to educate buyers to the nearby locations of the 13 stores and brands they carry. With 13 stores spanning the West, it’s usually a short drive for shoppers and buyers to visit and see firsthand the products available. Then, with the customer in the store, the family treatment begins.

Lyle Martindale, the oldest of the brothers, never had his own store but was invaluable help to Mark in Boise and Marty in Reno where he worked till his death in 2002. The family members keep their long-time family coherence foremost in their minds. A good example of this is how they remember the early founders. “Mark Sr., Herb, Lyle, Everett and Virgil are gone now but there is not a decision made today that we don’t ask what they would have thought -¦ .”

There’s a lot to be said for good family values. And when they attract customers, that’s just good business.

Like they say in baseball, you can’t tell the players without a scorecard. And between-¨ actual family members and those non-relatives who are considered part of the family at the 13 Custom Truck Stores, it is hard to tell who is where. So here is the list of Custom Truck Stores (CTS) around the western half of the United States.

Home plate would have to be the original CTS store (begun in 1971) in Boise, Idaho, where Mike Martindale, who gave up truck driving and started in working for the company in 1993, is the manager. He’s backed up by Tina Laurence (Jeanne Gafford’s daughter), Clayton Gafford (Jeanne’s son), Tom Butler and Randy Turner.

There, Gene Phillips, hired on in 1987, became a partner in 1988 and helped lead the way into turning the stores into full-line truck accessories outlets.

Phillips also opened a store in Las Vegas in 1988 and it’s currently run by his daughters, Deidre Phillips and Tiffany Medina, along with Chris Kennedy who has been with CTS since 1990.

The Ontario, Ore., store opened in 1992 and was managed by Rob Lechot, who left in 1996 and opened his first Custom Truck Store in Coeur D’ Alene, Idaho. Lechot later opened a store in Spokane, Wash., in 1999. The Ontario store is currently managed by Shawn Richey. Jeanne Gafford (Martindale), Phillips and Mark Martindale still oversee the stores on a daily basis, along with doing all the accounting. Starla Haynes (a cousin) and Tamra Phillips (Gene’s wife) also help with inventory and accounting.

Herb Martindale (with wife Caroline, daughter Starla and son Rusty) started in Boise in 1972. Herb went to work for Mark Sr. and started making stick-build tops, slide-in campers and even a telescopic camper. After helping Marty with the Reno, Nev., store, Herb opened his first store in Vallejo, Calif. In 1984, along with son Rusty, Herb moved back to Boise and opened a store in Nampa, Idaho, in 1992. Today, Rusty and his sons, Tyler and Jayson, work with Rusty’s wife, Linda, and her nephew Shane.

A store in South San Francisco, Calif., is run by Pat Martindale and his son, Kenny. Randy Martindale, Virgil’s son, does the books for their two stores from Boise. Pat, Randy and Kenny all share a common denominator by previously working at the Boise store.

Why the baseball connection? The Custom Truck Stores website, www.custom-truck.net, has its own page dedicated to CTS’ softball leagues. It must be pretty popular; it’s approaching 89 million website hits. And it reminds us all you can’t always tell the players without a scorecard. 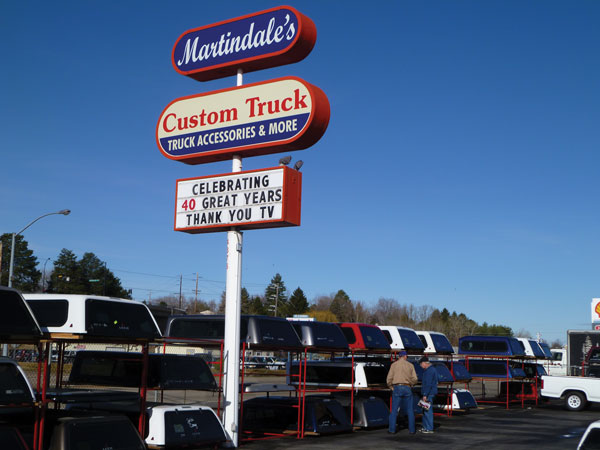 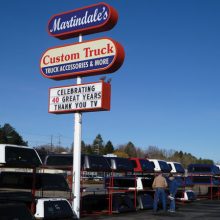 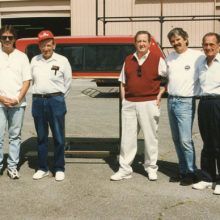 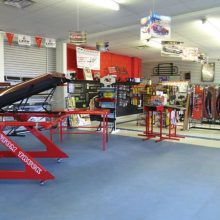 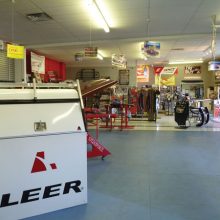 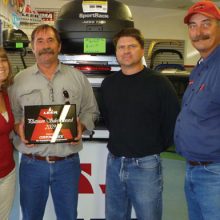 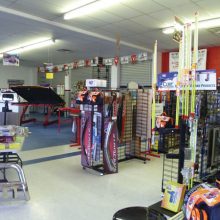 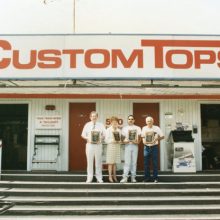