What is happening in the market of customizing, accessories, and vehicle tuning? This is a question that many of you are asking, and I can’t say for certain, but there are quite a few indicators in the current market and some things that have been forecasted that have come to fruition.

To those who do not know me, or my background, let me lay some groundwork for you, so you can get a better grasp on what I’m about to dive into.

I have essentially been born and bred into this industry. My father worked in the dyno room back when Chrysler had a manufacturing plant here in Los Angeles. My uncles and other distant family members ruled the streets with their Mopar-powered muscle cars, tearing up the streets of Los Angeles, they unleashed a fury most did not want to mess with.

However with life, things changed, and they moved on to other types of vehicles as their tastes and needs evolved. Being involved in the industry at such a young age, I was able to watch many things change, take shape and evolve. I feel very fortunate to have been involved with a lot of the grassroots types of activities that have afforded me invaluable experiences. My first dive into this industry was at the ripe age of 15 years old, which places us in the beginning of 1980, so this is an indicator of my age. Wow, I’m getting old.

Anyway, back in 1980, there was a very small group of us here in Los Angeles and the San Gabriel Valley that was already breathing life into the Japanese imports-life that would be able to light the fire on everything that was domestic and showed muscle. A lot of what we built were home-brewed concoctions of everything that we could think of with the technology we had.

To us at the time, there were no real “tuning shops” that we could turn to, and the days of remapping the ECU were still quite a few years away. The fuel injection systems that were being used by the manufacturers were prehistoric to say the least.

So, one of our first tasks was to rip the fuel injection out of the car, and replace it with side-draft style carburetors. This gave us the necessary flexibility to tune the cars for more power mechanically by changing jets and veturies, blow through turbo systems, nitrous oxide and many other interesting and innovative techniques. Indeed, it seems a long time ago.

Back in those days, trying to go down this new exciting path of import performance, we had a few cars to choose from. Here is a list of the makes and models we were tuning back then. As hard as it may be to believe, at this time, even Honda had not yet made a car worthy of modification:

The evolution of the import performance market has shown us quite a few different shades of grey to say the least.

Racing on Sunday to Sell on Monday

Import racers were starting to send some shock waves through the industry by way of taking what the domestic crowd was calling “rice burners” and turning them into true war machines worthy of any drag strip.

In my mind, this started a trend towards the smaller imported cars. From Toyota to Nissan to Mazda, the small cars were now starting to pick fights with the ever dominant muscle cars of the era in a virtual tug of war: Import vs. Domestic, which would carry on for decades.

Many thought the imports were a fad and that they would never really amount to much, but boy were they wrong! Instead, the import scene grew by leaps and bounds year after year. New companies popped up so often that there seemed to be a new one everyday, all to cater to this new import crowd.

Not only did the cars keep getting faster as the market matured, but the level of professionalism really started to flourish as well. Guys were heading to the big time! Racers now were building their street cars into full blown drag racing machines that were capable of taking down the most menacing domestic vehicles, and respect was starting to form around this new market. Domestics were no longer discounting what an import could do, but this was not the end-not by a long shot.

Imports finally became noticed by NHRA and new classes were formed, guys were now building tub chassis cars just like a full on Pro-Stock. Tuners were now making horsepower in the high 800 range, and they headed to break 1,000-plus horsepower soon, which ended up propelling this segment forward.

Lots of credit has to go to someone who really had a vision of this all happening, Frank Choi, the first guy to start an organized import-only racing event. It was thought to be a joke, but guys came out in droves and the Battle of the Imports racing association was born, and I was there to boot! Good times.

Since then, there have been other racing bodies formed and some have come and gone, but as we progress through time, all things have life cycles, and in my opinion, import drag racing needs another boost to get back to the good old days of packed grandstands and great competition.

Current racing in the import scene has changed quite a bit, and a lot of teams have started to change their strategies on what will make them successful. Other types of competition have surfaced. Drifting is one of them, and in my opinion, it is on the downward trend. Time Attack is another, and from what I have seen, it seems to be gaining in popularity. For those who do not know what Time Attack is, it is a race against the clock on a road course against other competitors in various different classes. It is actually quite exciting to watch and participate in, and it takes a lot of teamwork and strategy.

Is the import trend dead? I say not at all, and in fact, there are new technologies and exciting cars that the European and Japanese are bringing out which will fuel the market hopefully to and even higher level in the next year.

I look forward to tuning them, as I’m sure you do too. 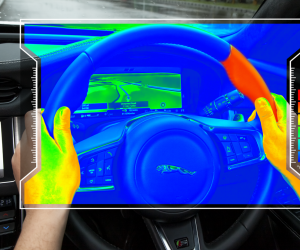 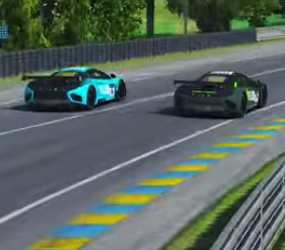 Are Video Games the Future of Racing?