Charlie, Ray and John Currie own and run Currie Enterprises, an automotive aftermarket manufacturer in Corona, Calif.-but the company’s rear ends and custom suspension products aren’t the only things the trio’s known for.

Off-roading, circle-track, motorcycle racing and rock-crawling are all sports the brothers don’t just participate in and enjoy-they win national championships in their disciplines as well.

Launched by their father in 1959, Currie Enterprises has grown from a $1 million company in 1985 to a $12 million business in 2012, with more than 50 employees. Furthermore, the company just completed a major move, with an eye on growing into the $20-million range.

John Currie loves cars and can’t even name every one he’s owned, fixed-up and sold because there are so many. He also enjoys participating in car events that put him right alongside his customers-all of which, he says, has the serendipitous result of bringing new and old customers to the Currie Enterprises doors.

John took a little time out during the big move to talk about what keeps his passion alive, where he gets the time and energy to run a thriving business and race cars at the same time, and how the future looks for his business and the industry as a whole.

PB: Hi John. Thanks a bunch for taking time out from the big move to tell us a little bit about you and your company. What got you interested in the automotive aftermarket?

JC: Our business began in 1959 when my Dad started it. He was a production manager for another company prior to that. He designed rear-ends in vehicles and built cars.

My brothers and I were in the industrial business and brought that experience into the automotive aftermarket world. We took what we knew and began building for the auto aftermarket.

The big turning point was in the early 1980s, when we really got heavily into supplying complete rear end assemblies for the aftermarket, but the actual business began in 1959.

PB: You have plenty of racing experience, too, right?

JC: Once you’re involved in racing, well, it’s like alcohol: You can’t leave it.

We’ve got three partners in Currie Enterprises: me and my brothers, Ray and Charlie. We’ve all done off-road racing, circle-track racing and I did some motorcycle racing in high school. I’ve raced at Baja and off-road and on dirt-modified tracks.

The thing is, most of our racing is entertainment and pleasure; we’re not trying to make a career out of it. Our efforts always involve products we’ve manufactured, which is fun for us and fun for others interested in the sport and in what we do.

In the late ’90s I got involved in rock crawling, so much so that I did professional rock crawling from ’98 until 2002. In 2001 I won the national championship. We also sponsor Shannon Campbell, who’s into extreme rock crawling. That’s how involved I’ve been.

PB: It sounds like racing helps direct your career path.

JC: It began with motorcycle racing. It’s like a drug. Once you’re in it, you’re always in it. It becomes part of your everyday deal. It absorbs all of your time; you’re totally focused on your racing.

Then you realize you have to step back from racing a little bit. It’s easy to get carried away with it. Now it’s recreational.

We get a lot of exposure (for the company) by doing it. We get the opportunity to show what we can do-that’s fun and gets us in front of a lot of people.

PB: What’s it like working in a family business?

JC: It’s great. Everyone has their strengths and their individual experiences and expertise.

PB: Tell us about your company and its place in the performance aftermarket.

JC: One thing Currie does is that we don’t specialize in just off-road or just racing or just the performance aftermarket.

And the thing is that we can customize our service to the customer. For example, say you’re a lawn tractor manufacturer and you build 100 tractors a year and maybe you need to buy a certain part for a tractor. You’ll find that the big companies only sell in quantities of 10,000 of those parts. We can build you a part and deliver just 10 of them, or 10 a week if that’s what you need.

We get requests for jobs like that all the time. We also do a lot of partner work, which is great.

Typically, we have a Wednesday sales meeting and that’s attended by everyone-our national managers, our sales managers. Other days, you’ll find us working on projects of all shapes and sizes.

PB: What’s the best thing about your job?

JC: By owning a business, you have advantages and you have to take advantage of being in business. One great thing is getting to use your own product. We get to go out and go off-roading and try things out.

We get to go out and be with our customers and that’s a fun thing. We’re participants. People here know that.

JC: Staying interested in everything you’re doing can be a challenge. Also, keeping up with your competition. Coming up with new products takes effort.

Like any job, it can become a job after a while. You must always present yourself in public in a good way. You are in the spotlight.

PB: How do you see the current state of the performance aftermarket?

JC: You have to change with the market changes. For example, though we do some drag racing stuff, we don’t specialize in it. We’re getting more in the industry of making products that work in more high-end markets. We used to be more strictly aftermarket.

We’re also getting involved in the high-end and racing markets, as well as Jeep accessories. It’s about paying attention to the market and working within it.

PB: Where do you think the industry will be in 10 years?

JC: I hope to be almost retired in 10 years, but we’ve got decisions to make about the direction of our company and of how the industry will likely go.

We plan to do more industrial and more military work. We’ve had some good military contracts and are figuring out how to get more. The military needs service and quality, and our new facility can handle higher production and bigger jobs.

We also have an eye on possibly going strictly wholesale.

PB: Which professional accomplishment are you most proud of?

JC: My brothers and I took over this business in 1985 (at a time when) it was making less than $1 million a year. Now we’re doing over $12 million a year and have over 50 employees.

PB: What’s your next big goal to achieve?

JC: We’ve been focused on moving for the last couple of years. The economy was where it was at and with the move we were waiting. But our May 2012 was one of the best months we’ve had in our history, and now we’re fresh into our new building.

Our next accomplishment, then, would be to take that $12-million-a-year business and turn it into $20 million.

PB: John, thanks very much for spending some time with us. As a final question, what’s your advice for speed shops seeking long-term success in the performance aftermarket?

JC: Speed shops selling retail to make money must also offer service. You can’t just buy a part and resell it. If you can offer great service and knowledge, you can flourish. When a customer comes in the door, you have to do that.

What was your first car?

I bought a Jeep through military auction in 1975. I started working on it, but never finished it.

I’ve had so many cars over the years that I don’t really have a dream car. I’ve kept cars for six months, fixed them up and sold them, repeat. Six months fix them up, sell them, repeat.

Right now I have a ’64 Chevelle convertible that’s my cruising car. I also have a rock-crawling Jeep that’s my recreational vehicle.

But I’ve had Volkswagens, Karmann Ghias, Datsun pickups and a bunch of Jeeps.

What’s on your computer/phone wallpaper?

Nothing. We just moved this week (said with a smile).

I’m not a big follower of people. I’ve met many celebrities and the truth is that most people are just people. I don’t collect autographs.

If I wasn’t in the performance aftermarket, I’d probably be -¦

I’ve always had a knack for building and rebuilding stuff. As a kid I built and rebuilt cars and built go-karts.

I’d probably do something in manufacturing and painting. I’d probably have a paint shop. It’s cool to take a part that looks old and bad and you paint it and it looks new. 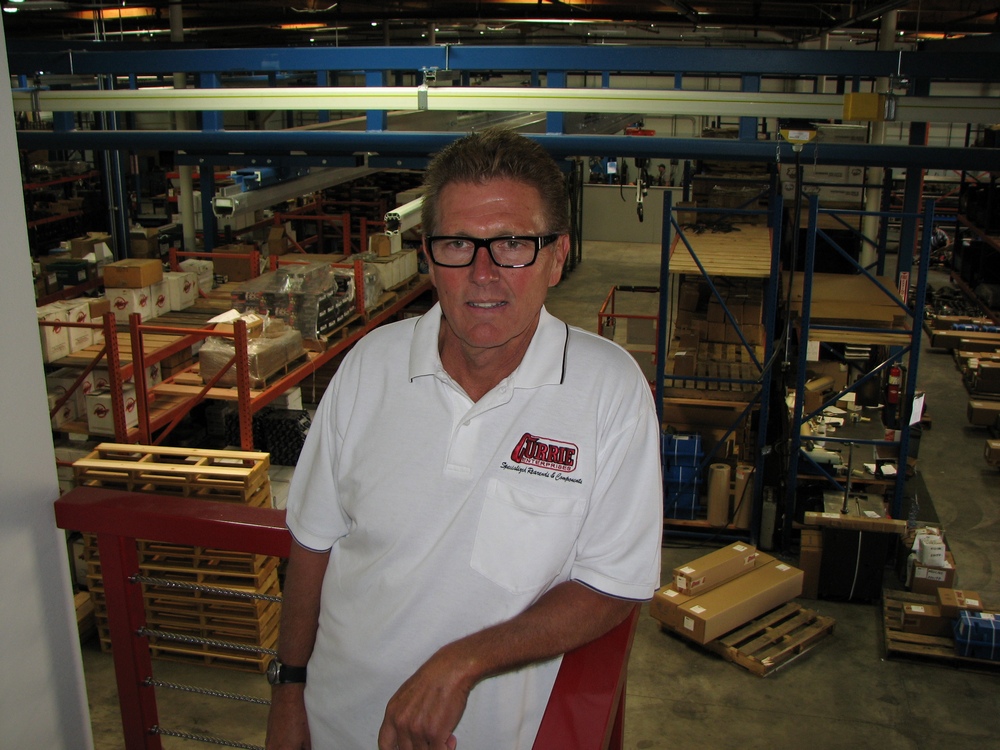 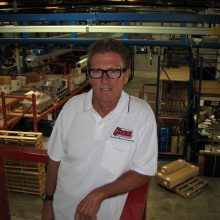 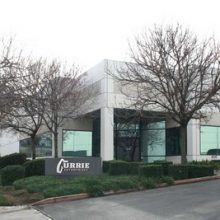 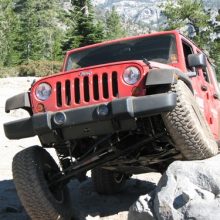 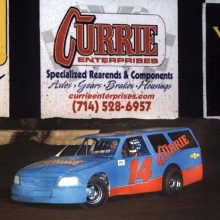