Jerry Kroetch is the president of a second-generation tools manufacturer for the performance automotive aftermarket, but he downplays the “president” part in a big way.

He explains how everyone in his family has helped build 45-year-old Scotchman Industries from a $9 million organization to $20 million in annual sales. Kroetch’s wife, brother, brother-in-law, son, daughter and other family members all contribute in one capacity or another to the company’s overall success, making Jerry’s role “the easiest job in the joint,” he says.

Located in Philip, S.D., Scotchman is the largest and oldest hydraulic ironworkers (HIWs) manufacturer in North America, as well as the largest to craft circular cold saws-two tools critical to creative fabrication shops.

We caught up with Jerry and learned a few things about what it takes to build a business, enrich a community, and ensure success for the Kroetch family and its employees.

PB: Hi Jerry. Thanks for spending a few minutes with us today. So, what got you interested in the automotive aftermarket?

JK: My father. Fifty-five years ago, he owned a repair shop fixing local farmers’ and ranchers’ broken junk. In the mid-1950s, he purchased a hydraulic ironworker, which is a multipurpose fabricating machine. It shears, it notches, it bends things. In 1966, he purchased a patent from a HIW guy-the guy who invented it.

The thing is, that guy thought he had the market for HIWs saturated. He didn’t. We’ve built 50,000 to 60,000 HIWs since 1966. This is critical to the automotive aftermarket industry; a critical tool.

PB: That sounds like a pretty good starting point to build from.

JK: The other tool we manufacture is the circular cold saw. It’s a saw that runs with a circular disc with low rpm and gives you a clean, smooth, burr-free finish when cutting parts.

We’re the largest and the oldest HIW manufacturer in North America. We sell worldwide to automotive aftermarket manufacturers making anything from A to Z in the aftermarket business-from lift kits to receiver hitches, there are dozens of things that our machines are used to make.

The Scotchman Industries circular cold saw history is interesting as well. It was invented by a manufacturer in Western Europe. In the late 1980s, we started importing a machine from Holland. We imported so many, because it was new to the North American market, that we ended up launching a joint venture with a Dutch company to manufacture them in Philip, S.D.

In 1993, our Holland partner went bankrupt, so we bought it. Since ’93 we’ve been doing it on our own and now there are only two manufacturers in all of the U.S., and we’re the largest.

But it was my father who began the whole thing and is how and why I’m here.

PB: What’s it like working in a family business?

JK: My father died on July 3 five years ago. Today, my wife, me, my brother-in-law, son, daughter and brother are all part of the business. My Dad did an exceptional job laying out what he wanted to see and what he wanted to do. There were seven kids total, and the oldest passed away about seven years ago.

We all get along well and no one second-guesses anyone and there’s only one boss and everyone respects that.

I have four older and two younger siblings, and I’m in the middle. They all respect the fact that I have control and it works wonderfully.

PB: Tell us about your company and its place in the performance aftermarket.

JK: We believe the performance aftermarket needs us. Our product helps (shops) build whatever components they want or need, faster, and with better quality than other tools out there.

Within the performance aftermarket industry, it’s a broad arena of what can be purchased. They are all metal-related items, however.

JK: Being president is a bit of a blown-up title. I can honestly say that I have the easiest job in the joint. We have great people working here; they know what to do.

If there are major things-external or internal in the factory-you have to deal with those. I make sure we’ve got the margins we need, and make sure things are running.

PB: What’s the best thing about your job?

JK: I’m hoping, and I think it’s the truth-we’ve got 65 people here, and I think and hope that those 65 people appreciate and respect what this company does for them.

I get to travel all over the world. I just came back from a trade show in Moscow. Without this job, I wouldn’t have these opportunities.

JK: Trying to keep enough business coming in the door. My title is president, but I still do 90 percent of the marketing for this company. It’s a challenge keeping enough business (coming in) to keep everyone busy and keep employees happy.

So just keeping work coming in the door to keep paychecks normal is a huge challenge.

PB: How do you see the current state of the performance aftermarket?

JK: The performance aftermarket industry is really about putting toys on toys. We as Americans-and this might be true for people all over the world-but we as Americans still need to play. We need to take our mind off our worries.

The average person does that with some kind of a toy. So, I think the performance industry will continue to go strong. It takes the average Joe away from all his problems.

Where do you think the industry will be in 10 years?

PB: Which professional accomplishment are you most proud of?

JK: I was part of-not solely by any means-but I was part of growing a company from $9 million in revenue to a $20-million company. That’s my greatest accomplishment.

PB: What’s your next big goal to achieve?

JK: To expand into the international market more than we are today.

PB: Jerry, thanks very much for spending some time with us. As a final question, what’s your advice for speed shops seeking long-term success in the performance aftermarket?

JK: Customer service. Take care of your customers. Treat them well and they’ll come back. That’s the most important thing any of us have as business owners. Without it, they won’t come back, and you need repeat business.

What was your first car? A 1959 two-door Biscayne Chevrolet.

What’s on your computer/phone wallpaper? The Harley Davidson emblem.

Person you’d most like to meet. Jay Leno. I’ve corresponded and talked to Jay Leno over the years and he’s got some of our stuff (in his garage). I’ve never met him, so I guess it’s him. He seems to be a very down-to-earth, filthy-rich guy that doesn’t act arrogant. 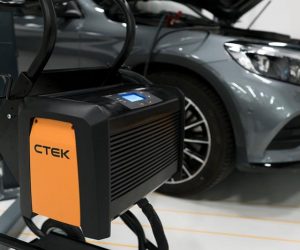 Proper Battery Support is a Must-Have for Any Workshop 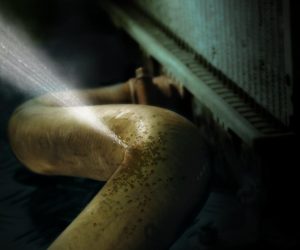 Everything You Need to Know About Switching to Waterless Coolant 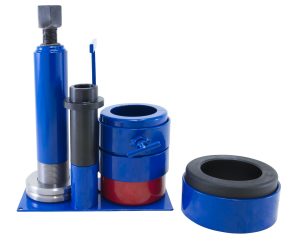 Tools for the Trade 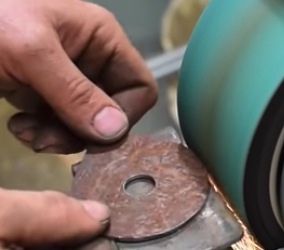 How to Stop a Bench Grinder from Vibrating Using Static Balancing 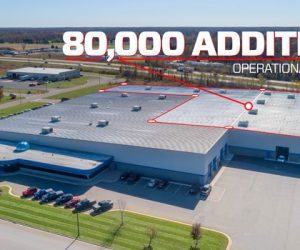