Condering whether the latest spike in gas prices will create another surge in smaller cars? Time will tell on that one. One thing we do know for sure is that smaller cars are not going away anytime soon. And that includes compacts and sport compacts. They still are big sellers and worth watching in the marketplace.

For our look at this market, we asked a number of industry insiders whose businesses supply aftermarket products for these vehicles just what might be in store for sport compact cars in 2011.

First, let’s take a look into what vehicles are being targeted for 2011. Rosen Entertainment Systems of Corona, Calif., makes mobile electronics, and Steve Weimar gave a list of cars to watch: While the sport compact market “has not been a major marketing thrust of Rosen’s, we do see growth in this segment for 2011,” he says. “Some of our factory-look, in-dash multimedia/navigation systems fit this segment, such as Honda Civic, Mazda3/Speed3, Subaru Impreza/WRX, Toyota Corolla and VW GTI, R32, Jetta. Additionally, our Universal 2DIN in-dash, multimedia/navigation systems can be adapted to many old and newer sport compacts through the use of a Scosche installation kit and harness adaptors.

In the area of body kits, Newport Beach, Calif.-based 3dCarbon’s Ernie Bunnell says, “We have recently introduced new products for the following models: 2012 Mazda 2 body kit, introduced at SEMA 2010 and available mid 2011.”Bunnell, continues: “The 2012 Scion tC body kit – this is a product designed by Five Axis Design of Huntington Beach, Calif., and manufactured by 3dCarbon, [is] available to Scion dealers through the Toyota/Scion Optimization Program. Also, the 2011-2012 Ford Fiesta five-door, body kit available from Ford dealers in Canada, U.S. and Mexico as an FLA, or, Ford Licensed Accessory. Then there’s the 2012 VW A6 body kit, available spring 2012. Plus a 2012 Chevy Cruze body kit available spring 2012. [Our] new candidate is a 2012 Ford Focus body kit being designed now and will be introduced at SEMA 2011.”

Wheels are always big in any market, and Coast to Coast International out of Tampa, Fla., has Kurt Kruze who says, “We focus our R&D efforts in three categories of vehicles: high sales units, niche and up-and-coming.”

“We choose specific vehicles from those categories and then look at the potential ROI [return on investment], look at the market and then polish our crystal ball,” he adds. “We get a lot of them right, but not all. -¦ With gas prices continuing their climb once again, cars are getting a renewed focus. The Toyota Corolla, Hyundai Elantra and Chevrolet Cruze are the compacts which top our list.”

For mobile lighting, Bogdan Dorian of Delta Tech Industries, Ontario, Calif., says, “Yes, we currently provide body kit and lighting accessories designed and developed by Delta Tech for new Suzuki Kizashi sport compacts. We do offer a full line of auxiliary driving and fog lights for direct front fascia application on most other sport compacts such as Honda, Toyota, Nissan, Kia and BMW. Also targeted for this market are our sequential-arrows mirror, signaling lights and LED Fina Series accent lights.”

Demographically speaking, we want to know about the ages of buyers. We asked if the old demographic of 20- to 30-year-olds was still true or whether that has changed. Bunnell from 3dCarbon says, “I think the demographics are still 20-30, but probably pushing north as the fuel costs have increased and sport compacts offer an affordable alternative to larger passenger cars, but with sporty styling.”

He continues: “I read somewhere that the average age of the Ford Fiesta Buyer was early 40s. I have not confirmed this, but it makes sense. We create accessories that improve the styling. With the highly  sophisticated computerization (onboard diagnostics, or, OBD) on today’s cars, it has been very difficult for companies to create new products like exhaust, engine performance accessories and the like.”

Coast to Coast’s Kruze tells us, “I would say that [20-30 age] continues to hold true but the average age over the last two to three years, I bet, has increased because many of those who look to purchase a smaller car still want something with style.”

Delta ‘s Dorian says “It is true that sport compacts attract mostly the 20- to 30-year-old age group; but with increasing fuel prices, the trend is to encompass a larger demographic group like 40s and 50s.”

Rosen Entertainment’s Weimar points out that he has seen no change, “but there will be an aging of that segment going forward. You can compare it to the parents of the sport compact owners versus their children,” he says. “In the ’70s and ’80s, they were listening to some hard-core, rock ‘n’ roll while their parents listened to Elvis, The Four Tops, Aretha Franklin and others of that era. Today, the parents are still listening to Van Halen, AC/DC, Boston, Aerosmith and others from that era. They really didn’t change their likes.

“The only difference for the sport compact owners in their 16-30 age range is when they marry and have children. In many cases they end up with different vehicles to transport the family, but their heart lies in a performance and fun-to-drive vehicle. Some figure out a way to combine both needs with two cars, and others drive a five passenger sports sedan that serves both needs: practicality and fun.”

And, adds Weimar, “Future sport compact buyers will figure out how to utilize what vehicles are available to tune and alter, or defer to older vehicles they can tweak and make their own.”

Women buyers… how different from men?

We followed the question of age demographics with another one on gender, wanting to know what women want. And what do men want? Kruze tells us, “As for CCI restyling products, we find the appeal is more on the men’s side than the women’s.”

Dorian says he’s found that “women, in general, who are attracted to sport sedans, are mostly young unmarried career women.”

Weimar adds, “Depends on the woman and the man. When I was in that age range [20-30], I always had vehicles that looked the part of a customized vehicle, but it rarely was a true performance machine. My best friend’s cars looked hot but [also] were high-performance machines, with his high school car being a 427 Mustang GT500 that was previously Carol Shelby’s personal driver. I was the one that towed his car to the drags – but looked good doing it. Now I prefer performance vehicles and drive a slightly modified Mustang GT with a five-speed, and own a Harley for the weekends. My best friend from high school currently has a 427 Cobra replica and a Harley for weekends, too.

“Women into the true sport compact world like speed, too, so they will opt for similar mods to their vehicles. I feel they typically leave this market sooner as family requirements take over and they transition to an SUV, crossover or -¦ ‘the curse’ of the minivan. At some point they will push for more performance as their need for speed does not permanently leave. The men tend to take the performance angle to great lengths to one-up their buddies or the local sport compact scene. From what I have seen, the women typically will not over-tune the engines and suspensions as much as men, but there are always exceptions.”

Bunnell gave us this: “It’s probably still largely male demos. As I talk to customers across the country, it always seems to be male customers. I have been trying for years to find out what a woman wants – still working on that. Men are easy and predictable. They want a unique look and mostly aggressive styling. Older males tend to be more performance focused and conservative styling.”

We also wanted to know about how gas prices might affect business, and as suppliers to this market, how they were preparing. Dorian tells us, “Gas prices have a definite impact on demand for sport compacts. With [the past February and March] events in Japan and the Middle East, the trend will continue through the summer. To meet this demand we will put more emphasis on LED lighting and compact accessory lighting to accommodate that market.”

Weimar warns that “one thing is to not overestimate is today’s buyers.”

“We weathered a recent gas price surge where consumers fire-saled their SUVs and ended up with economical cars they ultimately hated and traded back when gas prices stabilized,” he notes. “While I feel some consumers will opt for more fuel-efficient sport compacts, they will switch more cautiously and may forgo purchasing until they see where gas prices level out or return to. This opens the market for the used and currently owned market. We’ve seen a rebound in our economy that is giving consumers more confidence. They have some discretionary income to spend, and if they don’t buy a new car they will either opt for a nice used vehicle or pour some dollars into old faithful.”

Bunnell adds, “We are seeing more demand for products, hence the new products we are introducing, and expect this to increase as the fuel costs increase. There definitely is a trend for sport compacts becoming more popular again as they were in the ’90s.”

No matter which way you look at it, the sport compact market is going to be worth watching this year.

We all can employ some good marketing tips to garner more sport compact business. Our respondents offer some of their own keen insights that restylers can take to heart.

Kurt Kruze of Coast to Coast International adamantly offers this: “Ask! It is all about asking and presenting. Product does not sell itself.”

“Don’t overload the content and make the vehicle so expensive that the dealer can’t get a customer financed and it starts having birthdays on the showroom floor leaving a bad taste and ruining any chance of repeats sales,” Bunnell pronounces “Offer the good, successful, strong dealers a consignment package. It is impossible to sell these accessories from a brochure. This is a fashion business; not like a car alarm or remote start system where the consumer knows the function but can’t see the product. If the consumer sees the accessories on the vehicle they will be more inclined to purchase the vehicle with the accessories – maybe not the one on display but in a different color.”

Says Rosen Entertainment’s Steve Weimar, “Don’t ignore the used-car departments of new-car franchises, rental car sales lots and used-car-only dealerships; create packages of accessories to help dealers increase profit margins. The used-car department of dealerships can be the most profitable department, and by altering the vehicles with new interiors, navigation systems, wheels and tires, iPod or MP3 interfaces (all sport compact owners have this technology), rear deck spoilers, body kits, window tint (where legal) and others can create an image piece that moves the vehicle faster and entices the sport compact buyer to buy.”

And Bogdan Dorian of Delta Tech Industries says, “A good restyler should take accessory lighting products more seriously. Lighting, like no other accessory product, provides not only individuality and style but also function and -¨safety.” 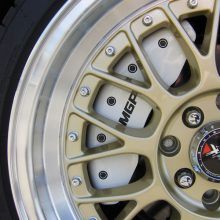 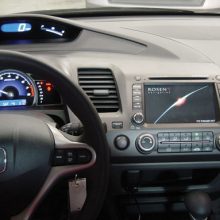 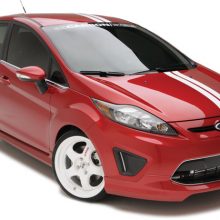 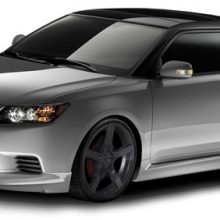 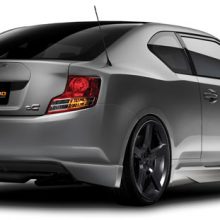 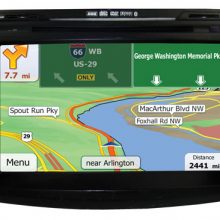 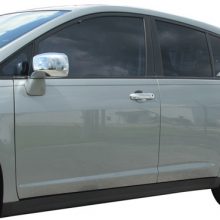 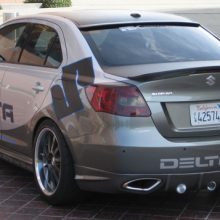 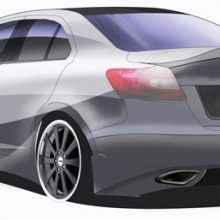 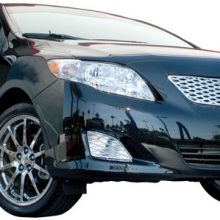