To owner and operator Jared Pugh, North Richland Hills, Texas-based Rock and Roll Offroad is more than just a retail and installation store; it’s a lifestyle.

Rock and Roll Offroad specializes in off-road accessory installation for all types of trucks, SUVs and Jeeps. Founded in 2003 by Pugh, the business is housed in a 10,000-square-foot facility right off the freeway in the Dallas/Fort Worth area.

With a tight-knit staff of six, Rock and Roll keeps busy by doing everything from suspension upgrades to custom fabrication projects. The company is known for taking on any project and offering a signature style that’s appropriate for city streets and wild terrain.

Rock and Roll’s reputation has earned the shop an increasing number of project orders from all over the United States.

A Shop for All Ages

Pugh calls Rock and Roll’s styling “aggressive,” but not overdone.

“We are simplistic but unique at the same time,” he says. “We have our own styling and our own look and feel when you come in here. When you leave with your decked-out vehicle, it’s really what we think you should have.”

“You can’t go anywhere else to see some of this stuff, so we’re kind of the mecca of the off-road industry,” Pugh says.

Meeting diverse customers’ demands is also a big part of the business. Rock and Roll’s customer base is all across the board-project requests have come from 16-year-old females, high-profile clients and even seniors.

Pugh mentions some recent stand-out projects Rock and Roll has accomplished, including custom-fabricating a bulletproof exterior for a grandmother who wanted heavy-duty armor plating on her Jeep, building a custom Tundra for Josh Hamilton, formerly of the Texas Rangers, and blacking out a Mini Cooper for a client from the crew’s hometown.

A more “over-the-top” vehicle customized by Rock and Roll is Pugh’s 2010 Dodge Ram Runner 3/4-ton pickup with a 6.7-liter Cummins engine. Built in just four days for the 2011 SEMA Show, the truck features all Carli suspension components including 6-inch radius arms and King/Carli 3.0 shocks with remote reservoirs on the front and piggyback reservoirs on the rear.

Pugh says the “complete super truck” is one of Rock and Roll’s most sought-out pieces and captures a lot of attention on the company’s social media websites.

Another thing that sets Rock and Roll (www.rockandrolloffroad.com) apart from other off-road shops is its fan following, something Pugh says he never expected. The shop has more than 5,000 followers on Facebook and its successful campaigns on Instagram, Facebook and Twitter have gained the business word-of-mouth advertising.

Rock and Roll races, maintains and sponsors employee Adam Lunn’s Trophy Truck #53, which is equipped with a KPE Engineering V-8 and competes in Best in the Desert associations.

“We are probably one of the only off-road shops that sells retail and also races a trophy truck,” Pugh says. “The fact that we race the Trophy Truck lets us really go out and put our off-road knowledge to the test, and show our clients that not only do we sell this stuff, but test it to make sure what we’re selling people is the best of the best.”

The Trophy Truck, as well as Rock and Roll’s other builds, are effective promotional tools for the company, often appearing at events and parties. Rock and Roll also uses its vehicles to help gain exposure for charities and tries to work with as many local companies as possible to support certain brands and products.

“If you’re not friends with people in the industry, and you’re just doing business, that’s not necessarily a great thing. You need to build relationships with a lot of people,” Pugh says.

At age 15, Pugh got hooked on the off-road industry from reading magazines. Modifying Jeeps and trucks in his spare time, Pugh was halfway to a business degree in college when he decided to open Rock and Roll Offroad. His team includes Lunn, the Trophy Truck driver and his best friend from high school, and Ryan Landiak, his cousin and the shop’s manager.

“Our team makes it all possible,” Pugh says. “Doing what we do here; everyone involved thinks about this place 24 hours a day. We lay in bed at night, and our wheels are turning.”

Because Rock and Roll has a limited sales staff, its team members work to get on a personal level with customers. When seeking new employees, Pugh says the shop looks for ambitious individuals who are not just enthusiasts but are truly knowledgeable about the off-road industry.

When it comes to the shop’s initial success in the desert racing world, Pugh says the crew “was in the right place at the right time”

“We were forerunners of the off-road scene in Texas as far as doing things that were unseen or not done in this area of the country before,” he says.

Rock and Roll offers a variety of package deals, which Pugh says are popular with the majority of the company’s clientele. Packages usually include basic suspension, tires, wheels, off-road lighting and heavy-duty bumpers. The shop also handles Ford Raptor projects, a popular vehicle in the off-road world.

“We do everything in-house as well; the alignment and front-end work is all done under one roof,” he says. “We don’t sub things out or rely on other people to build the truck for us. We do the work, so I think that goes a long way with customers as well.”

Since every Rock and Roll project is typically different, jobs can take a week to up to three months. The industry directs a lot of the pricing with MAP policies, Pugh notes, but Rock and Roll dictates its own labor prices and surcharges when it comes to custom projects.

Although the shop also offers Internet sales, the bulk of its business currently comes from walk-ins. Pugh says he’s seen an increase in competition from Internet stores, but online retail can’t take the place of Rock and Roll’s personalized service.

Pugh admits that the biggest challenge the shop faces is that it does too much. Juggling management of the shop and the online store while planning events, keeping up with social media and racing can be tough.

“It literally never ends around here; we’re married to the company, so it’s 24 hours a day. You’re dreaming about this stuff and you’re having nightmares about it, too,” Pugh says. “We could do more, but we’re always busy.”

Never satisfied with the shop’s progress, Pugh says he’s always trying to make improvements and do things differently. Rock and Roll doesn’t have current plans to open any new stores, but the crew has entertained the idea. 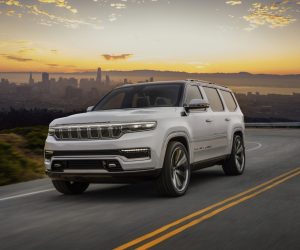