This resonates clearly, even in today’s aftermarket business. Understanding this equips everyone with a tool to make a difference.

A company in Wisconsin received its wake-up call one morning but decided to hit the snooze button. This is apathy in action. A few years ago, I was contacted by a sheriff’s department just outside of Milwaukee. The people there were looking for a lumbar system to provide back-pain relief for an officer in his police cruisers. I contacted a good customer regarding this opportunity.

When the restyler’s order came through it wasn’t for just one cruiser but, the whole county’s fleet of police cruisers. When I followed up a couple of weeks later I learned that the scope of the job was even greater. Not only did the restyler outfit every vehicle with a lumbar support, it completed repairs to the seat frames, installed plywood bases, built up the seat foam and reupholstered many of the covers. As a bonus, this job even generated retail leather jobs from a couple of the officers. Wow, that was a profitable phone call.

With momentum now in full swing, I imagined all of the possibilities. This restyler was now poised to venture into a whole other sector of aftermarket potential: corporate and government business. This included police departments, municipal fleets, fire and rescue, departments of transportation, ambulance services, etc.

He was on a roll – or should have been.

The restyler never sold another lumbar system, and three years later closed its doors – new-car dealership implosion had taken its toll on the venerable business. But what could have been had the company pursued the “new” fleet business?

By contrast, here is a tale of success shaped by a compilation of examples that can be adopted by any business. Faced with dwindling dealer sales, aging receivables from slow-paying customers, maxed credit cards and monthly bills piling up, things would go from bad to worse if this other business didn’t do something.

Instead of hoping or wringing his hands the owner took action, contacting his own creditors, including his landlord. In slumping economic times landlords are more open to negotiation when the prospect of an empty building is the alternative. He got in touch with his suppliers and explained the reason for late payment; this can help in buying time. He also contacted all of his suppliers of goods and services to negotiate better prices.

The next thing to do was generate sales and a healthy cash flow. But how?

This restyler looked at his existing revenue generator: trim. His shop had the ability to cut, sew and install. He focused on creating and sewing what was popularized in the 1950s: Seat covers were on almost every vehicle back then.

He targeted high-traffic community and local business billboards. He then called on local businesses to offer a promotional discount on first purchases. He sold a few sets to family and friends and even offered a cash-back rebate to customers when they generated referral business. To promote the slip-on seat covers, he got a neighbor’s son to help create a flier. Initial targets were taxi cabs, construction, landscaping, rail yards and asphalt companies.

He would even get paid retail dollars in the form of cash, credit card or check.

He also knew that auto insurance work is recession-proof, so he targeted that, too. He visited all the body shops in town and offered same- or next-day service on all jobs unless it required ordering materials. Within a couple of months he had insurance work.

Every seat cover sale became an opportunity to expose customers to the wider range of products and services while they waited in his showroom/waiting area to have their seat covers installed. This included leather, seat heaters, sunroofs, dash kits, entertainment systems and much more.

Perform a company checkup once per year and accept the challenge to find one local business customer per month that is not an auto dealership. Consider some of these ideas:

Wake up sleepy heads. The business world is organic and therefore ever-changing – even in the neighborhood of aftermarket automotive restyling. Keep up with the changes. And remember that one of your best resources is people. Some of the most amazing ideas can come from some of the most overlooked of people – your employees. 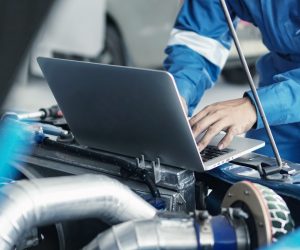