*See below for photo gallery

2015 has been a banner year for Lewisville, Texas’s Tiger Wraps and Graphics LLC, which opened for business four years ago this month.

The company started the year by opening a second location in Garland, Texas, about 30 miles away from Lewisville, then in July it opened a location in Warren, Ohio. A fourth location, Merritt, Island, Florida, is scheduled to open before the year is out and then an outlet in Denver is planned for next year.

Co-founder and CEO Steve Brom was in the wraps business before launching his own company but says he wasn’t liking what he was seeing.

“I was doing sales for a couple different wrap companies and I kept running into the same problem – there was no quality control,” Brom said.

One botched job—on a vehicle owned by a candidate for Texas governor—led to him quitting the company he worked for at the time, but his next stop proved to be the last straw.

“My first week there I sold a landscape company over $12,000 in wraps and graphics, and it’s like (my company) doesn’t care,” Brom said. “Stuff being cut off in the door handles, stuff being too long and curved around, you know? I’m like, ‘Really?’

“Enough was enough, so I left them and Greg (McNeil, his chief financial officer) and I decided to start Tiger Wraps in September of 2011.”

Times were lean at first, as the pair had very little money for materials and no money to, for example, buy their own printer or hire their own graphic artist.

“I was doing sales and we both prepped the cars,” Brom said. “And he laid down the vinyl and I would do the trim work. We worked together—that’s how we did it. And then we got busier and we hired an installer.”

A break came in the company’s second year when a New Jersey-based mobile phone company hired Tiger Wraps to do some of its fleet vehicles stationed locally. That led to the shop earning the contract to wrap all the company’s national vehicles.

“We ended up doing 145 Nissan Rogues. Then, after we got growing, we got a charter bus company that wanted 19 buses wrapped,” Brom said. “We had money then and we bought our first printer and laminator—that printer is still printing today.

The Tiger Wraps Lewisville location has five full-time installers and can barely keep up with demand, Brom said.

“Right now I’ve got a big dump bed for a landscape company in here, I’ve got a Smart car, I’ve got a van and a box truck—one of our bays is 55-feet long, so I can fit semi-trailers—and I’ve got a bus, two F-150s and a van in the parking lot,” he said.

Late last year, Brom and McNeil realized they would either have to start turning away business or open a second location. They settled on Garland, which is about 30 miles away and closer to McNeil’s home.

“We kept growing and growing so we decided, ‘Why don’t we try out of state?” Brom said. “I’m originally from the northeast Ohio area, so we decided to open up that area.”

Warren was chosen because it is geographically situated in between the population areas of Cleveland, Youngstown, Ohio, and Pittsburgh. The company’s future Merritt Island, Florida, location is similar, along the central coast in close proximity to Orlando.

About half of Tiger Wraps’ business comes from referrals, Brom said. One man rode his motorcycle to Lewisville from Arkansas just to have his motorcycle wrapped. A couple of NFL players have had cars wrapped by Tiger Wraps: Kendall Wright of the Tennessee Titans had his McLaren sports car wrapped, and Terrence Williams, a Dallas Cowboys wide receiver, brought in his Dodge Challenger Hellcat.

The company has also done the fishing boat of Bassmaster competitor Jeff Kreit.

Next up for Brom and his crew: opening a Denver location next spring. Chris Helton, who currently serves as shop manager in Lewisville, will head that location.

“He’s always wanted to go to Denver,” Brom said of Helton. “That’s all he talks about.”

Brom said he’s grateful for all the good fortune he and McNeil have had in the young history of their business. The pair talk on the phone a the  start of every day and say a brief prayer of thanks.

“We do that every day,” Brom said, “and you know what? It’s made a difference.” 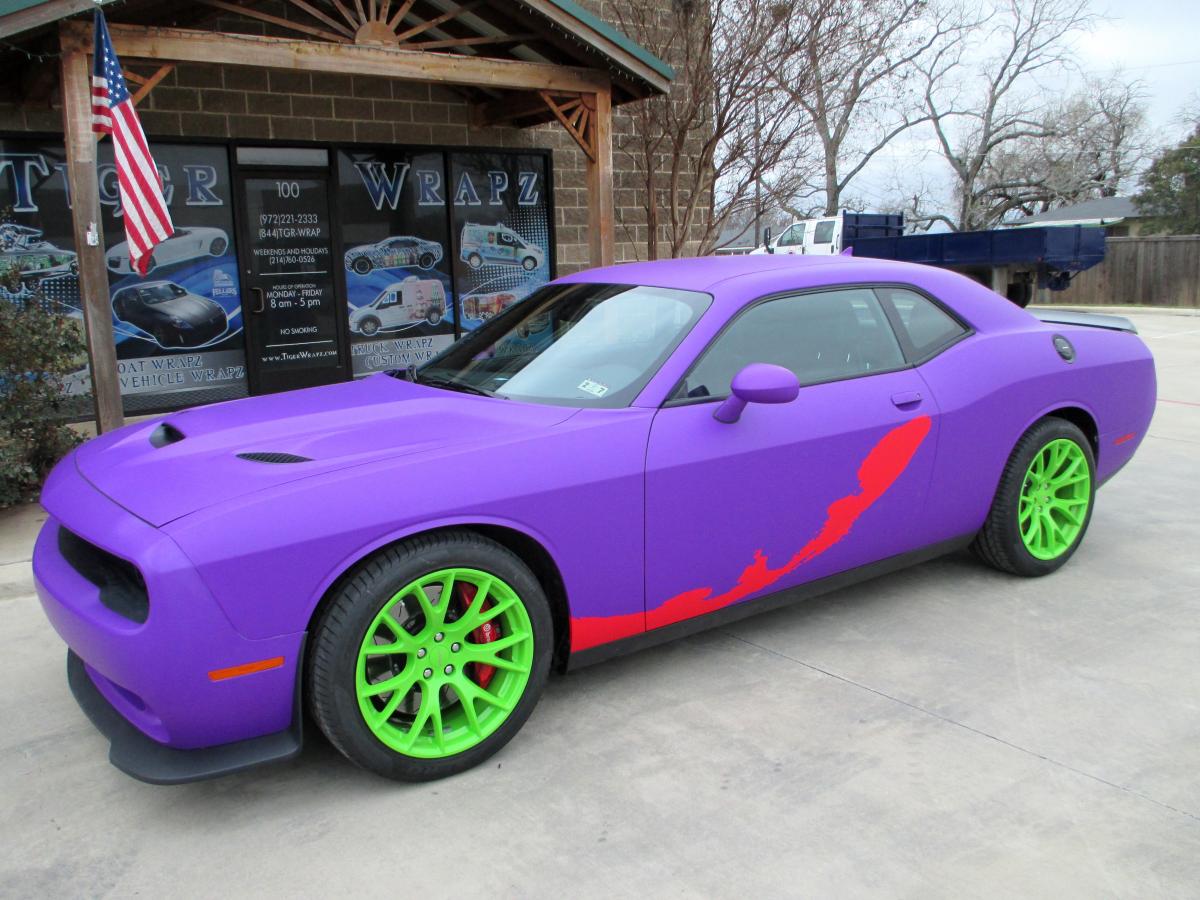 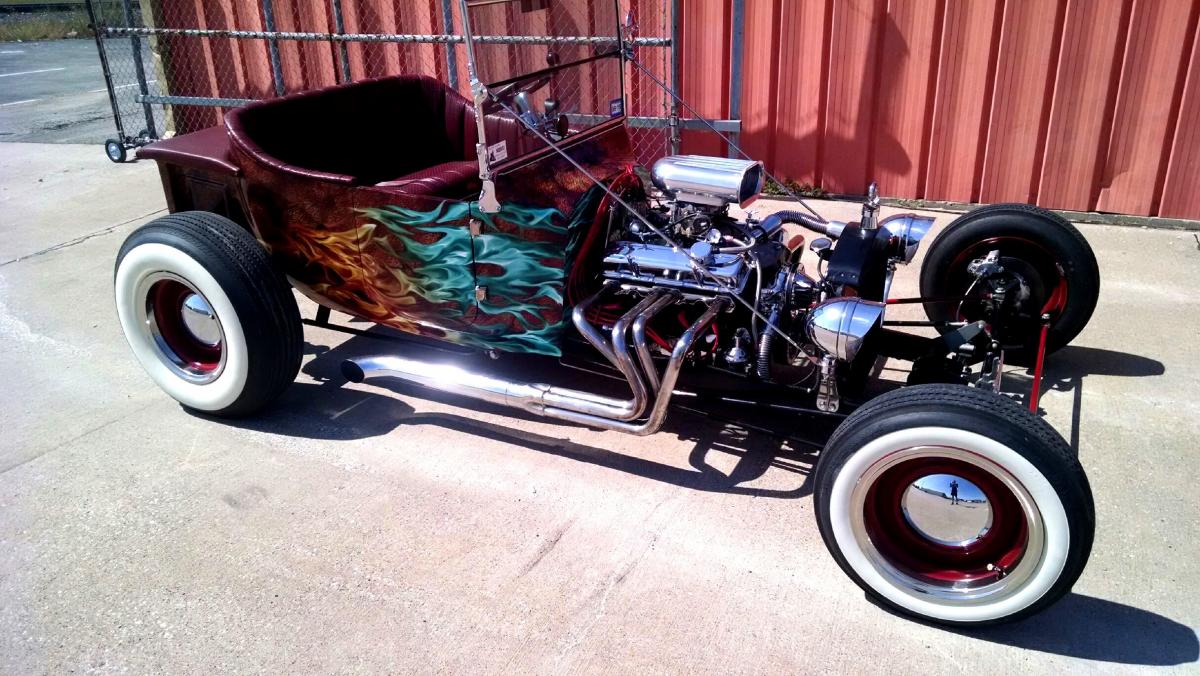 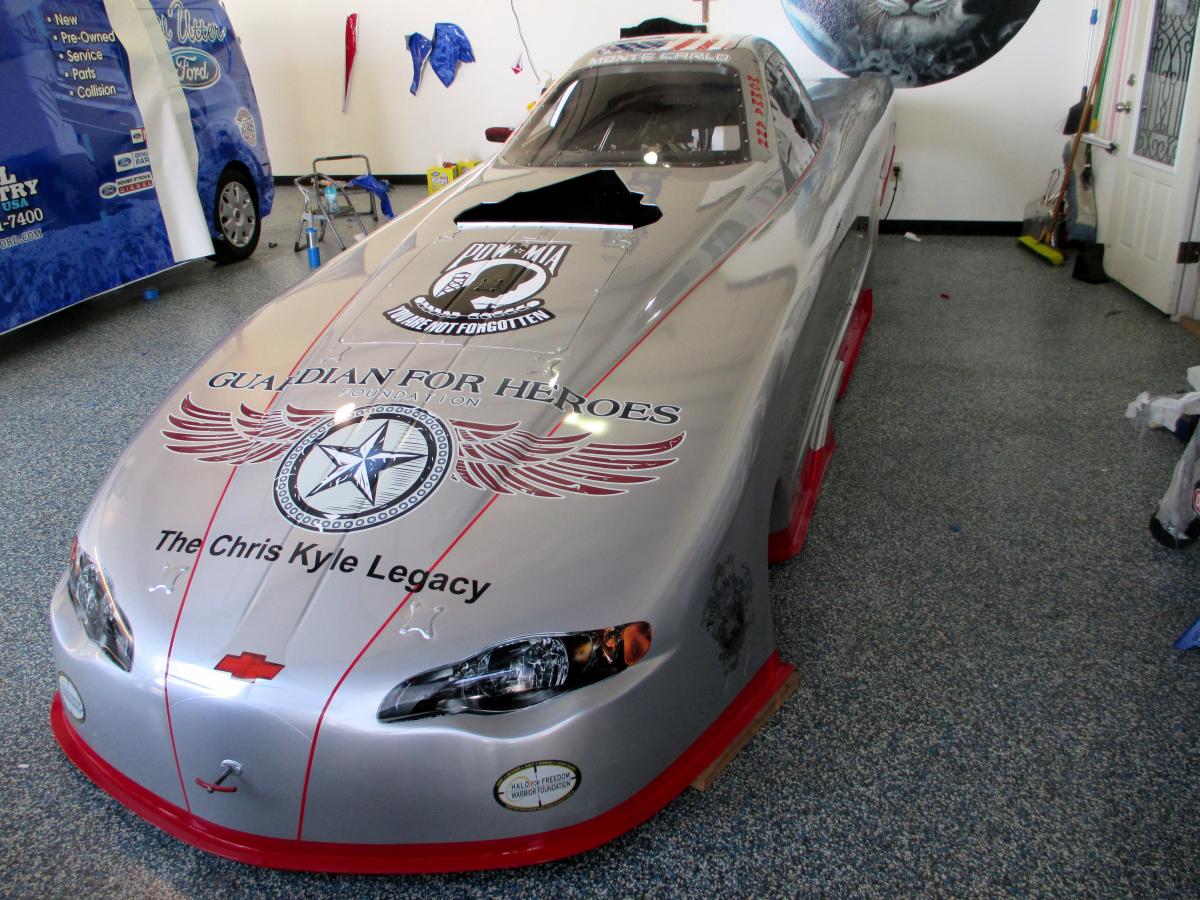 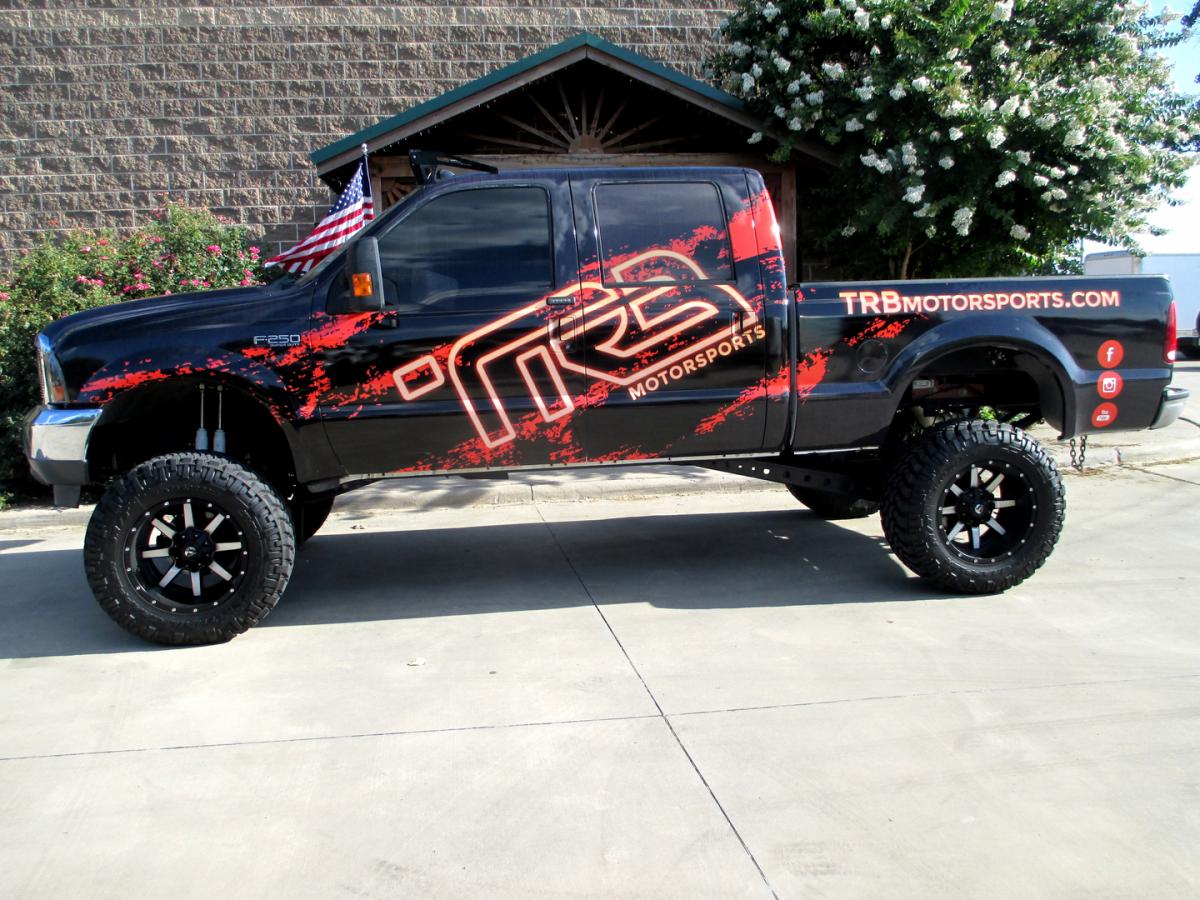 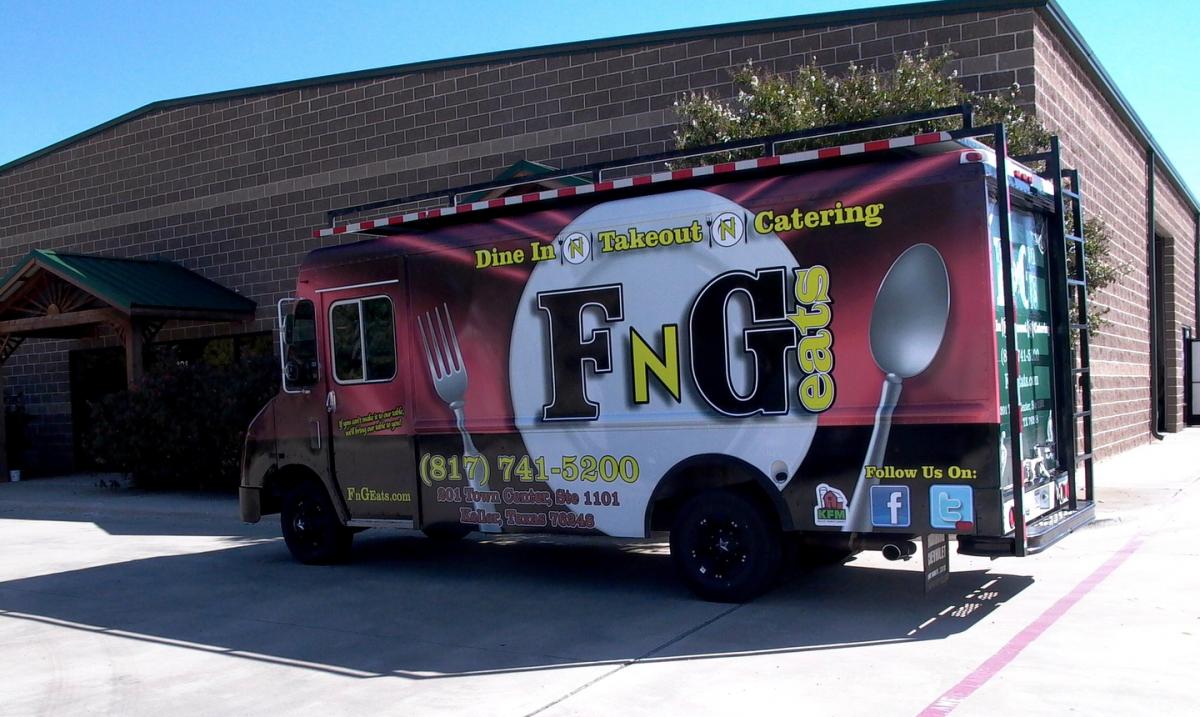 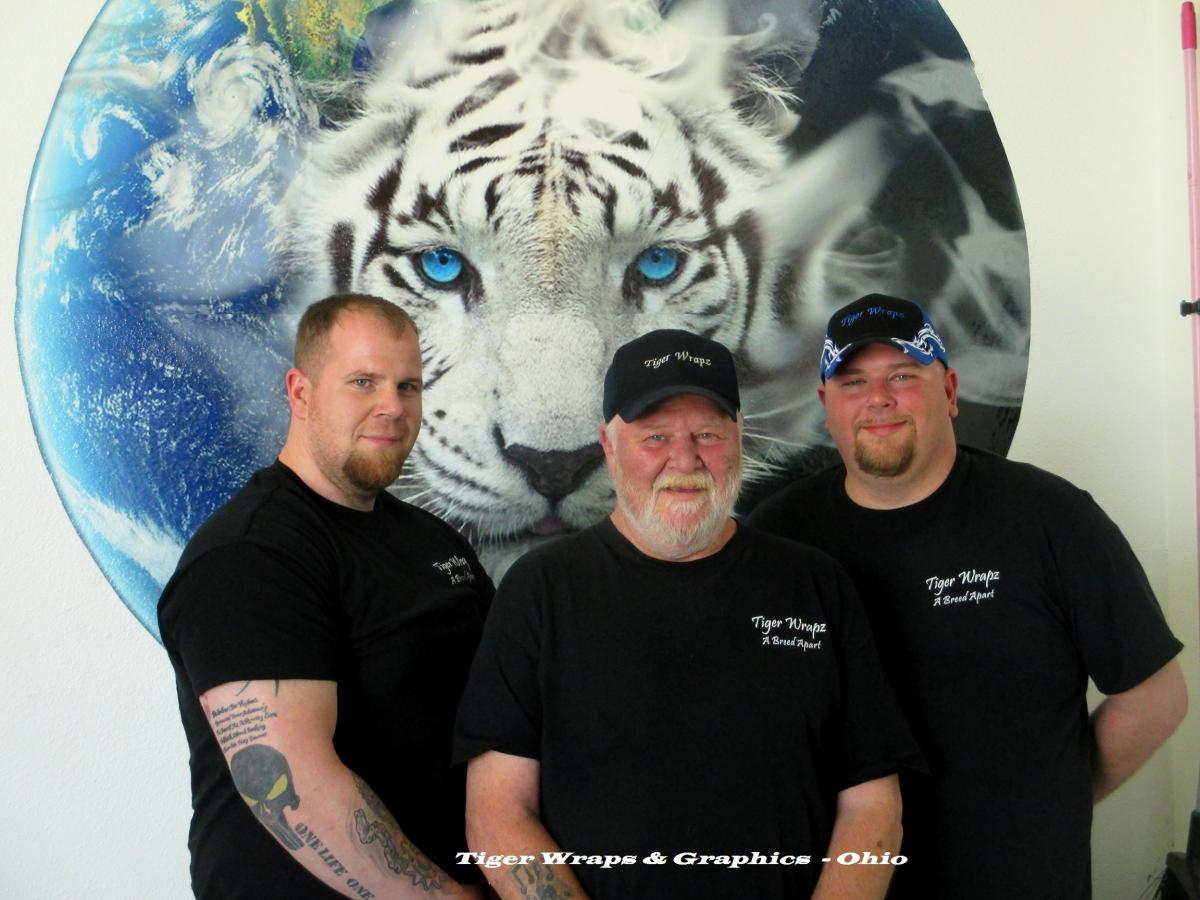 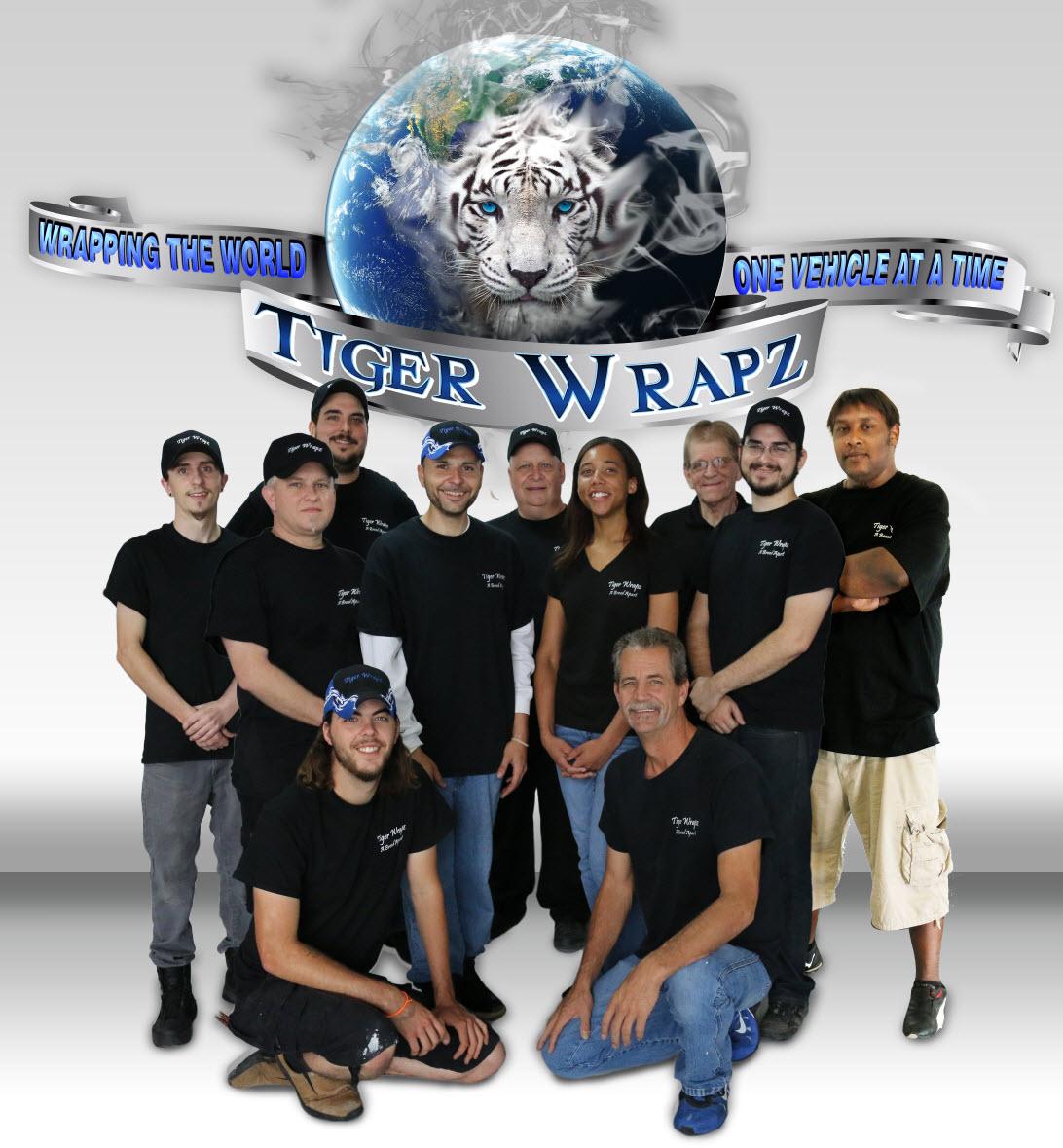 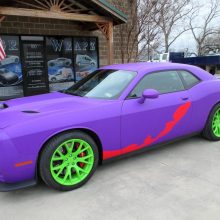 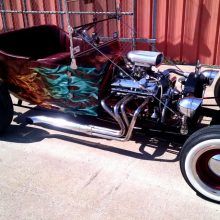 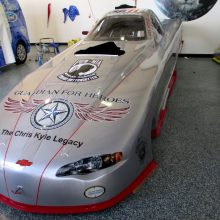 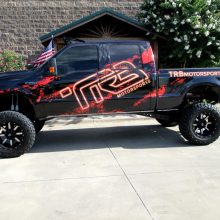 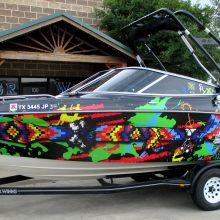 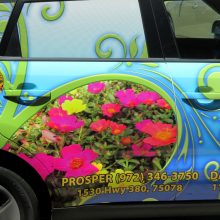 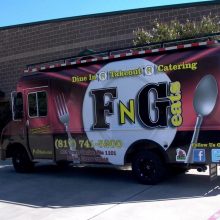 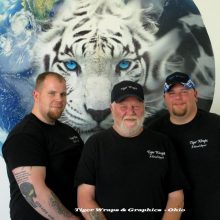 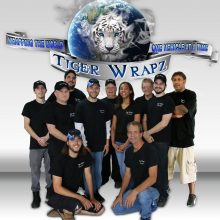 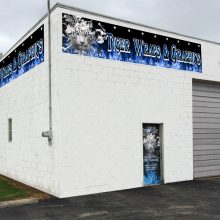 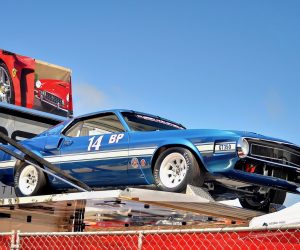 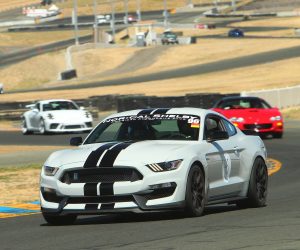