I’ve had the pleasure of interviewing Michael Dunwody in the past for an article on paint protection films (PPF). This time, Restyling wanted to know about his company’s operation and what the industry might learn from his efforts. Very likely, you will find his story interesting and inspiring.

His education was pretty normal: high school, college and trade school for his automotive skills. In college he studied small-business management, computers and computer science. He also has a background in real estate. All of his education and training prepared him well for his foray into the automotive accessory and accessory retailing business: Extreme Autoworks in Lakewood, Colo., just west of Denver.

From a garage to 15-car bay area

Dunwody has been in business since 1995, and started his current company in his garage in 2000. As he tells it, he started with nothing and built his business from the ground up. Familiar story for many of us. While some second-generation owners “inherit” the business, Michael took the more conventional route. He began with a passion for cars, a vision of superior customer service, and went from there.

Currently, the company occupies about 14,000 sq. ft. A showroom fills 1,500 sq. ft., installation bays another 6,000, and the balance is used for training new franchisees. There is enough space in the installation bay area for 15 vehicles to be worked on at any given time.

What was his motivation to build this kind of business? “I knew I could do better than what others considered acceptable,” he says. I asked him about his marketing and business plan. “We definitely have a marketing and business plan,” he says. “A lot of people have the idea they can make money at this, but they don’t have the drive. Sure, you can start without a plan, but you better have a clear sense of what you want.”

The business has focused on film products, primarily. As Dunwody commented, “I always loved working on cars, but it was by chance that I discovered I love working with film.” He has taken that love and built a niche for himself in paint protection film and tint. The facility provides a number of services, including window tint, PPF, detailing, paintless dent repair, headlight refurbishing, gold plating, spray-in bedliners, undercoating, vehicle graphics, glass replacement/installation, as well as a full line of do-it-yourself products.

Extreme Autoworks has eight employees: Four are installers, two serve as customer service advisers, there is one receptionist and one manager. Then, of course, there’s Dunwody, who says, “I’m here to oversee everything and help where I’m needed.”

“Most of what we do, we do in-house,” Dunwody says. “If we have to subcontract anything out, it is because we just don’t have time to do it that day, but still want to take care of the customers the Extreme Autoworks way.”

The typical Extreme Autoworks customer is far from typical. Any given day may find a collection of cars that would make your jaw drop: Ferraris, BMWs, Bentleys – you name the high-end stuff and Extreme’s team has done it.

This has led to some interesting experiences. Dunwody offers up this story: “The most unusual order was when a customer told us that he was having his Viper shipped to us so that we could Clear Bra his full car,” he recounts. “This was a result of everything he saw on the website and all the positive things he has seen and heard. He actually shipped his car from the East Coast; ever since then we have had numerous customers do the same thing. The farthest we have had a customer come from was Alaska.”

Dunwody has attained a reputation for high-end work, and has become the “go to guy” for people with cars they want to protect. One of the most difficult jobs he encountered? Surprisingly, it was a new Cadillac Escalade. Michael said, “The ‘V’ in the hood just took full advantage of me. It took eight hours to do the job right.”

The customer-centric attitude Dunwody generates filters through his entire operation. Extreme Autoworks makes it a policy to always take care of the customer first. “That way,” Dunwody notes, “when the market does change, everyone will remember Extreme Autoworks for being the best in the business. The market may go up and down, but we don’t have to make major adjustments.” He credits his firm’s success with being true to its word when he makes a promise to a customer and always putting out the best quality of work. It’s a formula for success. Business this year is up 40% over last year.

Dunwody has similar expectations of his suppliers. Suppliers must earn Extreme’s trust first to be brought on as a product line the business will promote. They are expected to be there when Extreme Autoworks needs them, and also to provide support for the company’s customers. “We can’t afford to have suppliers that let us down,” says Dunwody. “Product failures, no support for our customers -¦ none of that cuts it here. Our customers come to us because they expect the best, and our suppliers have to deliver their best to us if they are going to remain our suppliers.”

How does Extreme Autoworks generate business? As earlier noted, a lot of it is word of mouth.

“We do everything possible that makes sense,” observes Dunwody. “I study who my audience is and find the target. I flood the market by branding myself. We have a unique logo, we keep things consistent and we have all our company vehicles lettered. It keeps the image in front of people all the time.

“We’ve used promotions in the past, but in this market, people look at it differently now. People have bought into this whole ‘economy’ thing. They listen to the media tell them everything is bad and they -¨believe it. So, promotions become ineffective with our market.” As a result, the company relies instead on being superior in workmanship and quality to attract customers.

We asked Dunwody about the challenges he faces.

“Finding good employees is the hardest thing that we have to do,” he notes. “Extreme Autoworks decided to start doing in-house training in 2005 and has grown to offer training to anyone that is looking to get in the business. We now offer a franchise to those who want to get the training through Extreme Autoworks.”

Dunwody says he feels he can help other people avoid mistakes by putting his system in their hands. By following his rules, he feels they will find a smoother road to travel.

The franchise concept developed as Dunwody grew his business. Suppliers were difficult to locate, and making sure the best ones were found was a challenge. He wanted to build a 10-year track record of success before he started showing his model to others. His plan is to present the services he already offers: PPF, window tint, headlight restoration, detailing, etc. A typical franchise would include a complete turn-key business: training, product sources, business management and assistance in finding the right location. The process is 2-1/2 years old now. He hopes to launch it in 2012.

“The model is very much like McDonald’s,” says Dunwody. “With that model, there are no surprises. Franchisees are trained, they have a standardized program and customers know what to expect. We help the owners avoid a lot of headaches; and our plan is not to drain them dry with franchise fees. Ideally, a good businessperson should want to build four or five locations in their market so they cover the demand properly.”

For Dunwody, there’s one big difficulty that many other small-business people face. “The hardest part of my job is just letting go and trusting all the employees to do their jobs,” he says. “Since I built the business from the ground up, I am just used to doing everything. You need to take that leap of faith sometimes and watch people run with the ball.”

Creating franchise opportunities? Who knows? Maybe Donald Trump will come knocking to ask for some advice. 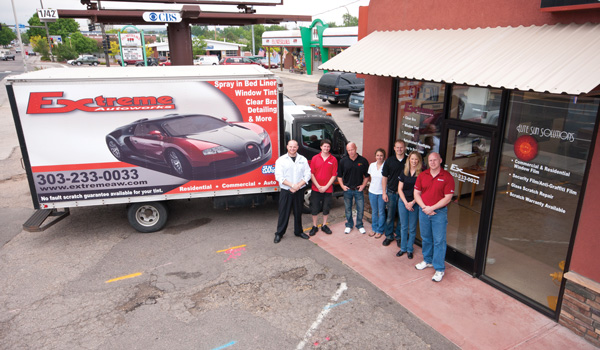 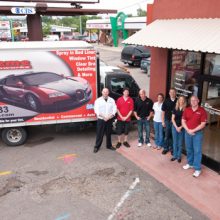 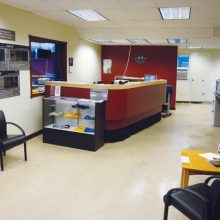 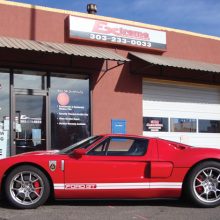 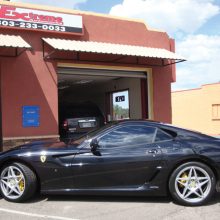 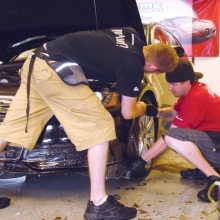 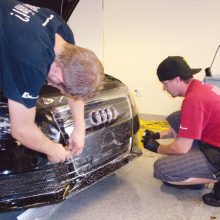 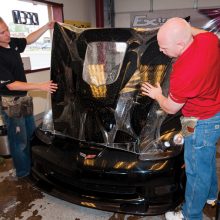 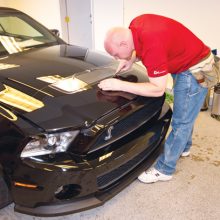