It’s essential for the sake of your family and employees to determine who’ll take over your shop when you no longer want to or can run it yourself.

Paul Freese is planning to pass his shop down to his middle son.

“I’ve always hoped that my middle son would be interested in this…so when I opened the business, at that time he was only nine years old and he was out here working with me and learning from the very start, so I’ve always known that we would probably pass it on to him someday,” the owner of Batesville, Indiana-based FAST Automotive said. “When he was a junior in high school, we actually started putting a plan in place and seriously looking at what’s coming down that road.”

That plan includes getting Freese’s son, now 18, more involved with every aspect of the business, from building motors to handling billing.

As he takes on more responsibility in the business, Freese would eventually like to make his son a part-owner, dividing ownership of the business that’s now split between Freese and his wife into three pieces, with the son eventually buying out his parents.

This succession plan isn’t in writing yet, and Freese hasn’t set a date for when he’d like his son to take over the business, but health issues have made this an important issue at the shop.

“We don’t have a set date, however I am diabetic and have had heart issues, so I would really like to him to be able to step in and take this over,” he said. “If I have a heart attack next week, I would like him to be able to continue on, obviously that would be very tough to do at this point, but I am trying to groom him immediately to be able to run this place should something happen to me.”

Freese understands that having a plan in place will help relieve stress for his family and his customers should anything happen to him.

“We have so many jobs ongoing and so many jobs backed up, if my wife and my son -¦ don’t know what’s going on here and what state different projects are in and who owes money and who’s bought parts, if they can’t step in if something happens to me, I couldn’t imagine the mess that would be left behind,” he said.

“If I didn’t have a plan that would be dropped on my wife and my son if something happened to me,” Freese said. “I couldn’t imagine doing that, it would be chaos for the customer, the employees and it would be just terrible on them to have to try to figure all of this out.”

Even if you’re in good health, it’s still a wise move to put a succession plan in place. If the unthinkable should happen, it’s important to have a plan in writing so everyone involved-family, employees and customers-knows who’ll take over the shop.

“In family business, you have enough turmoil to begin with, you don’t need to add something else to it,” said Gene Fairbrother, president of Dallas-based MBA Consulting. “All of a sudden, everything goes into the estate and it gets fought out in court and the only people that win are the attorneys on everybody’s side. It is very critical in succession planning that it be in writing.”

The plan should address how long the owner plans to stay involved in the business and at what capacity. Do you want to stay on as an installer, counterperson or manager after you hand off the reigns, or do you want to step away all together? Many owners like to retain some control over the business, though that may cause tension with the family members who have taken over.

“A lot of entrepreneurs will -¦ have some kind of management role, maintain some ownership so if the business really gets off track, they have a way to intervene,” said Brad Wilkerson, principle consultant with Revolution Advisors in Louisville, Colorado. “It can be very difficult to make that kind of arrangement work, particularly when it’s a family situation.”

Wilkerson advised a company that was in the process of being passed down from a father to his sons.

“The father stayed involved and it was very difficult for the sons to make the kinds of changes that they felt that they needed to based on where the business was because the father was still very much involved,” he said. “They always felt like he was saying, ‘That’s not the way I did it,’ even though it was a pretty different world at the time.”

Jesse Henke isn’t looking to take over for his partner father, but wants to ensure that JH Restorations will continue to run smoothly should anything happen to his father.

“You hope [the succession plan] keeps everything straightforward and makes it easier for the accountants, lawyers [and]the credit union -¦ your landlord gets paid and it’s all laid out in the paperwork before anything actually happens,” he said of the succession plan that’s been put in place for his Tecumseh, Ontario, Canada-based shop. “In the end, you’re just dealing with that person’s loss or sickness or incapability of doing their job, you deal with that part of it -¦ and it’s all laid out ahead of time so everybody knows what happens.”

Henke has had a succession plan in place for his seven-year-old shop for two-and-a-half years.

“In the long run, if something happens to myself or my dad, it’s my brother’s livelihood, it’s my dad’s retirement livelihood, so if something happened to my dad or myself, we wanted to make sure that the shop would stay open, that any of us would still have a job, that we’re taking responsibility for our employees so we’d all know who would take over if that occurs,” he said.

The plan for JH Restorations, which outlines how bills would be paid and who would be named owner of the business should anything happen to Henke or his father, has been updated several times since first being drawn up.

“We’ve added small things to it like made insurance payout changes to it -¦ when my father retired just to make sure that certain things were taken care of on his end for insurance, that we wouldn’t be able to take anything from the retirement funds so there was a small change there,” Henke said.

“The biggest change will be at the beginning of next year when we add my brother on as a partner in the business,” he said. “I’ll stay a 51-percent owner, my dad will go down to 26 percent and my brother will be 23.”

A succession plan should change and evolve as the shop does.

“I tell people, ‘When you finish your taxes, make sure you look at your succession plan as well,’ not because they’re related but because it’s something you know you’re going to do every year,” Wilkerson said. “It’s good to look back at what your succession plans are, think about if they need to change, think about if you’re coming to a milestone where you need to start addressing some particular plan that you have or some particular succession event.”

Some of those events you can plan for.

In Freese’s case, he intends to give his son a stake in the company in about five years. There are other events you can’t foresee, which Freese also understands. Regardless of the events that lead to your shop being passed along to family members, you need to have a plan.

“My fear is, with my health issues, something happening to me before I have that in place,” Freese said. “A lot of guys who are completely healthy don’t ever consider that as an option. They think they’ll be around forever and then, next thing you know, there’s a heart attack and you’re completely caught off guard and have nothing in place. The biggest thing is planning for the unthinkable.” 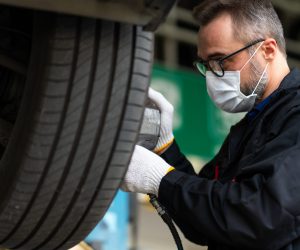 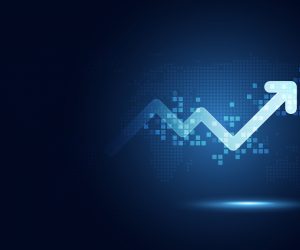 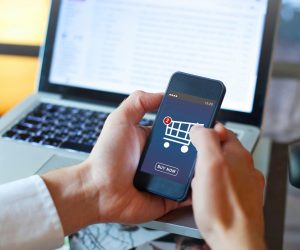