Holcomb Motorsports has amassed quite a drag-racing following near NASCAR’s epicenter.

Instead of trying to be everything to everyone, Kenny Holcomb built his business with a single customer in mind: the weekend Mustang racer. He’s one himself, so Holcomb can relate to his clientele and vice versa.

To start at the beginning, Kenny Holcomb caught the Blue Oval drag-racing disease at Fun Ford Weekends in the early 1980s. He became enamored with all things SVO and eventually became parts manager for a prominent Ford dealership.

“I decided to strike out on my own in 1993,” Holcomb says, wanting to surround himself with Ford high-performance full-time. “I brought a couple of guys from the dealership and took out an ad in Muscle Mustangs & Fast Fords.”

Holcomb attributes his company’s 15-year success story to the integrity of the products they sell.

“We base all our product decisions on quality,” he says. “We stay away from knock-offs. Our customers are willing to pay more for proven parts.”

About 90 percent of Holcomb Motorsports’ sales are parts for Fords. “We’ve always had Chevy parts for the local bracket racers, but we don’t advertise those,” Kenny Holcomb says. “We know Fords, especially Mustangs. Our salesmen are all well-versed in Ford engines and suspensions, and they all work on cars.”

Holcomb himself is too busy with the business to race anymore. He’ll do an occasional race “for fun,” but most of his seat time in the company’s ponies is for product testing-Holcomb’s son, Blake, is picking up the competition reins.

To compete against the well-known mail-order giants, Kenny Holcomb says, “We look for unique products that the others aren’t focusing on.”

A prime example is Holcomb Motorsports’ seat brackets, which allow poly racing thrones to be mounted on uneven Mustang floorpans. These brackets, available in both 1/4-inch steel and aluminum, were designed in-house; manufacturing is jobbed out.

Conventional wisdom dictates that specialty brick-and-mortar speed shops can’t consistently match mail-order behemoth and Internet drop-shipper prices. That isn’t true, says Kenny Holcomb. “We ask people to make a wish list of 10 items, price them other places and then at Holcomb. We’ll usually be the same or cheaper. We don’t discount some products and attempt to make up the difference on others. We believe in fair prices on everything.”

Holcomb Motorsports does enough volume that it’s able to buy many lines direct. This creates unique relationships with WDs. “Some are very supportive, such as Nickels and Keystone,” Kenny Holcomb says. “We rely heavily on them for fill-in drop-shipping. One of our main missions is to get customers their parts as fast as possible.”

Holcomb Motorsports uses some of its WDs for more than drop-shipping. Kenny Holcomb cites Nickel’s Engine Works as an example of a highly beneficial program. “The Engine Works branded products are all high quality, and they’re available with displays, signage and timed promotions,” Holcomb says.

His biggest WD dilemma is shared by the rest of the industry: keeping up with rising shipping costs. “It’s a nightmare,” Holcomb says. “Their increased freight policies are a problem. Some are flexible, but others’ policies are set in stone.” Holcomb adds that he orders progressively less from the hard-line WDs and wonders if they’re shooting themselves in the feet by not being more flexible.

To combat rising costs and stagnant margins, many companies attempt to reclaim revenue by adding services-not Holcomb Motorsports. Having worked at a dealership, Kenny Holcomb knows one thing he doesn’t want to do at his own business: installations. “We’ll put the parts in your trunk,” he chuckles; local customers are referred to a reputable machine shop.

Because Kenny Holcomb’s roots are in Ford performance, he knows how to reach his customers: through the magazines he reads himself and the events he’s attended. Holcomb Motorsports’ best marketing ROI [Return On Investment] is sponsoring two annual Outlaw Civil Wars races at nearby Rockingham Dragway. “We’re in our 12th year,” Kenny Holcomb says. “We do real well. We opened it up to all makes, and at the Spring 2008 event we had 475 cars.” Not only does Holcomb Motorsports sell a decent amount of product at these races, Kenny Holcomb notices that sales increase noticeably in the weeks prior to its Rockingham events.

As far as racer sponsorships go, Holcomb Motorsports does contingency at its Rockingham events. The company doesn’t bankroll racers. “We have our own cars instead of sponsoring others,” Kenny Holcomb says.

Currently, about 10% of Holcomb Motorsports’ sales come from the Internet. The company has an eBay store and also uses Parts123.com for online sales. Kenny’s son, Blake, spearheads the Internet endeavors. Strategies include using a MySpace page (MySpace.com/holcombmotorsports) to drive traffic to the Holcomb Motorsports site. Blake Holcomb also monitors the forums and message boards. This is proving to be an effective way to make new customers.

Lead tracking consists of coding invoices with each customer’s reference: print magazine, Internet or the Holcomb Motorsports catalog. “As we see more information going to the web, we’ll increase there,” Kenny Holcomb says.

“We had tremendous growth earlier on, but it’s harder to maintain double-digit growth as you get bigger,” Holcomb says. With sales comparatively flat in recent months, Holcomb decided to close the Mooresville operation this past spring, laying off those employees. “Until the price of fuel stabilizes, staying even from year to year would be a victory,” Holcomb says.

In addition to looking for higher returns on his marketing dollars (i.e., focusing on more-affordable Internet advertising and throttling back on print), Holcomb constantly assesses his inventory. The goal is to keep his stock as lean as possible while still getting parts to customers quickly.

“We can’t afford to have parts collecting dust for six months these days,” he says, adding that the company uses Orders Plus software. Drop-shipping is the primary solution to this dilemma.

Diversification without dilution is Holcomb’s growth strategy for the near future. “We’re branching out into circle-track,” Kenny Holcomb says. “But we’re doing it with what we already know: Ford engine performance.”

A final-but vital-key to Holcomb Motorsports’ success is its people. It’s a family business. Kenny’s wife, Lisa, handles the finances and accounting; son Blake is the Internet point-person and is also involved in product-testing, and daughter Leighanna handles graphics, including catalog lay-out and print ads. Clearly, the business of selling speed to Ford fanatics is in the Holcomb bloodlines. Of Holcomb Motorsports’ six other employees, all salesmen have been with the company for at least 12 years, and two have been there since day one.

As he approaches two decades of owning a performance aftermarket company, Kenny Holcomb offers some insights on running a successful speed shop. “First, we stay focused on what we know,” he says. That doesn’t include trying to sell to any and all drag racers. Although the company offers some Chevy parts and is branching into Ford circle-track engines, its crosshairs always stay fixed on Mustang racers.

Finally, but most importantly, Kenny Holcomb says, “We try to treat everyone like we want to be treated.” 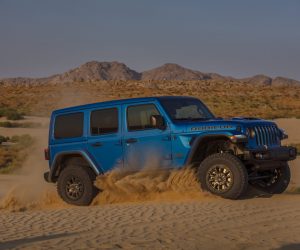 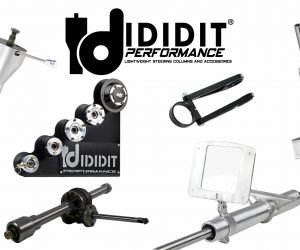 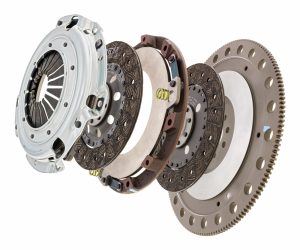