When George Harrison wrote Here Comes the Sun for the Beatles’ album titled Abbey Road, he was definitely not addressing the weather on an entirely literal level. 1969 was a tough year for Harrison, who was arrested for marijuana possession and had temporarily quit the band, so the song is really written in reference to the closing stages of his troubled times. But in an interview for The Beatles Anthology documentary he stated that the inspiration for the song did, in fact, come from Mother Nature herself: “It seems as if winter in England goes on forever. By the time spring comes you really deserve it.”

“One of the common misconceptions is that you have to live in a sunny area to for sunroofs to be popular,” says Bacon. “We are extremely popular in Seattle even though it rains all of the time there.”

In other words, those that do not have the sun as a year-round luxury learn to appreciate it when it shines through the gloom.

This is not to say that business is bad for sun-soaked regions of the country, but the demand for aftermarket sunroof application does not necessarily follow fair weather.

Webasto sells all types of sunroofs, from inbuilts to folding fabric, but in order to get the inbuilts from Webasto the restyler needs to be trained and certified by the company. Once your shop becomes an authorized installer, or AI as Bacon calls them, you can order the sunroof fitments from Webasto and sell to the local dealers in your local market.

“The main focus now for Webasto is that we are directing our marketing and promotional activities to the new car dealers,” says Bacon. “This generates good business for our AI Network so that they can meet the increasing demand.”

Industry sales data for 2007 shows that 27 percent of the approximately 16 million vehicles sold in the United States were fitted with a sunroof from the factory.

“The OEMs are catching on,” says Bacon. “You can tell by their marketing strategies. Vehicles like the Ford Edge, Lincoln MKZ, Saturn Outlook, Cadillac SRX, and Jeep Liberty are all showing off large sunroofs.”

Apparently, automakers have found that sunroofs sell cars. But according to Bacon, the OE penetration and the aftermarket interest go hand-in-hand. For instance, the Toyota Camry already comes with a sunroof option, but Webasto claims that it is still one of the most popular vehicles for an aftermarket sunroof.

“If there is a factory option for a sunroof, then the car was meant to have one,” says Mike Lee, general manager for Webasto. “So if you see one on the showroom floor without a sunroof, you might think that it is odd. Toyota sells about 380,000 Camry models every year, so there are more opportunities for the aftermarket segment simply due to sheer volume.”

According to J.D. Power and Associates, the 2007 HVAC Quality and Satisfaction Study showed that among those surveyed who stated that their current vehicle did not have a factory-fitted sunroof, nearly 35 percent want one on their next vehicle.

“This equates to 4 million vehicle owners in 2007 that might have wanted a sunroof but didn’t get one,” says Lee. “Our new Hollandia TVS900 has a twin-vent system and is more in line with OE products. It costs the dealer $1,295, but they are selling it for about $1,695. The aftermarket sunroof is a strong product right now because it is highly desired from the consumer and there is a good profit margin.”

Inalfa, a Wixom, Mich.-based company that merged with American Sunroof Corporation in 2002, caters to an international market and sees the most promise in the American market.

“We moved our world headquarters to the States in August of 2005,” says Inalfa president Dave Gienapp. “This is where it is happening for our company, right here in Michigan.”

Inalfa sells its product line directly to the restyler and does not have a retail presence because it believes that market is for the restyling community. However, this large company still plays a huge role in helping the aftermarket industry by offering free training at its Michigan location.

“We don’t look at ourselves as a sunroof company, although that is all that we do,” says Gienapp. “We are an important member of the aftermarket industry, so when sunroof installations are bad, the whole industry suffers. We want to represent the industry well.”

Through Inalfa’s supply network in all 50 states, the company has already realized a stronger year-to-date than years past.

“Vehicle sales could be down 20 percent, but we seem to be seeing a 20 percent growth,” says Bob Hawthorne, Inalfa’s national sales manager. “Restylers are selling into the used car segment just as readily into the new car market.”

Mario Beltrán, director and automotive specialist for C.R. Laurence, a glass manufacturing company in Los Angeles, sees a similar trend toward the used car market for the aftermarket sunroof application.

“For used cars, a sunroof application would be mainly on the consumer level,” says Beltrán. “They see a sunroof on their neighbor’s car and they want one too. That is just how our culture works, you know; we all want to keep up with Jones.”

And with increasing interest in the concepts of global warming and protecting the planet, all three companies recommend environmental concerns as a selling point.

“There is a really good tie between our TVS900 and some environmentalism,” says Lee. “Thanks to a great twin-vent airflow system, this particular sunroof can really reduce the amount of air conditioning that is required on a regular basis. The fact of the matter is that consumers will buy what they want. And if it is a sunroof that they want, they are not going to purchase a car without one. So the most important thing for a restyler is to be knowledgeable about the product and be prepared to give the customer exactly what they want.”

It would appear that the sunroof supplier and the restyler have quite a bright future in store. 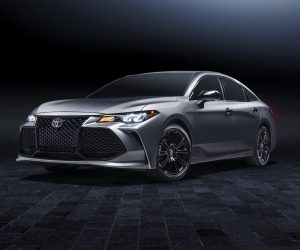