*See the captioned photo gallery of the build by clicking below.

A little more than a year ago, Charlotte, North Carolina-based Fabbit Customs entered and won a bid to fabricate a 1966 Mustang into a right-hand driving, precision-racing machine. The bid process was initiated by a private English startup firm, pitting 90 shops against one another to build the street-legal race car. The recently completed prototype may soon be recreated in a limited production run in the U.K.

Fabbit Customs’ owner Michael Faucher recently shared the story, strategy and make-up of the 1966 Mustang project with THE SHOP. Here’s is our Q&A conversation:

THE SHOP (TS): How did this job come about?

Michael Faucher (MF): Last year we received a broadcast bid to convert American muscle cars to right-hand driver (RHD). Initially the discussion revolved around taking cars already built and converting them to RHD. As this conversation evolved, it slowed moved to building a prototype car from the ground up that features a host of high-end parts to make the car handle and drive to a much more modern level. At first we were competing against 90 other shops here across the U.S. and in the end we were able to offer the expertise and willingness to take on this task.

TS: What was the customer looking for with this build?

MF: The goal of this build was to bring what is, for all particle purposes, a terrible handling car and make it useable on the harsh road conditions presented to it in England, the U.K. and in Europe. It was also expected to perform at a level that it could be used every day and mimic the driving characteristics of European cars both on and off the road.

So, it needed to be able to drive to a track and then have no fear of getting out on the track and putting a smile not only on the driver’s face, but all that were there to watch.

TS: Step by step, how did this build come together?

MF: A few emails back-and-forth with the startup company commissioning the build led to many long phone conversations late into the English night (a five-hour time difference). This ultimately culminated in a long face-to-face visit and tour of our shop.

Once the wheels were set into motion, a suitable car was found, which was a two-owner survivor car that left the factory with a six-banger and three-speed. Since we knew at this point it would feature a new engine and collectability was not an issue, the specifics of the original build sheet were meaningless.

The final plan was put into place during the 2014 SEMA Show. We all met in Vegas and walked the floor for countless hours talking to venders and looking over different brands to figure which ones best suited our needs. Very few have gone down the road of building an American muscle car that can perform to modern specs in RHD. Most were helpful, some laughed. We also made the most of the time we had in the buffet dining room at the Mirage, piling business cards and brochures to debate what would fit our needs.

In the end, we decided on running a Coyote engine (the 5-liter from the new Mustang) and backing it up with a Tremec five-speed. Originally, we thought we could fit the 5-liter without cutting the tunnel—since the tunnel ended up being cut we could have used the six-speed. From there, the power went into a 9-inch housing supported by a Heidt’s Pro-G four-link and through the axle to 12-inch Wilwood Rotors and turning 285/35-18. To keep the car going straight, or turning as desired, we employed Heidt’s Pro-G front control arms with a special RHD rack. Braking in front comes from Wilwood 13-inch rotors and six-piston calipers. Coil overs keep the tires in contact with the ground.

To make room for all of these parts, we had to cut out the factory shock towers, radiator support and more. None of these parts above can do their job if there is body flex. So we repaired the minor rust and then went straight into stiffening the body by adding sub-frame connector, X-bracing, fabricated convertible style inner rockers and Matrix bracing.

Simply moving the steering wheel to the right side of the car is not the answer if you want a true daily driver. We also swapped the wipers over to properly clean the windshield. That was followed by pedals, A/C box, swapping the instruments and glove box, along with switches, and everything else that needs to be within reach of the driver while cruising at highway speeds.

TS: What unique challenges did you have to overcome for this build?

MF: We are not aware of anyone who has ever attempted a build like this. Of course, there are RHD Mustangs and there are plenty of Pro-touring style Mustangs, but none that incorporate everything in one package.

In most builds, you can look to others and copy certain aspects or, at minimum, get an idea of what works together. So, the biggest challenge was the unknown. And wow was there plenty of unknowns.

To simplify things for the potential of future builds, we used as many 2014 Mustang factory parts on the engine—items such as the radiator, all hoses, coolant recover tank, A/C condenser, A/C hoses, etc. While this will make building a future one easier, the prototype meant figuring out the fitting to interconnect everything together and cataloging every move.

In the time we spent figuring out if a 1967 dash would work and look right (pun intended) we could have built an entire custom dash. But now we have the information cataloged to make the next one with ease using an off-the-shelf part.

TS: How long did this custom build take?

MF: This build started right before the 2014 SEMA Show.

We brought the car into the shop and began tear down, then went into it fairly steadily until about two months ago. It took about 10 months. When you are building a prototype with fuzzy future sales, it is difficult to sink a ton of money into a car just to do it quickly.

TS: How did you finally deliver the car to the customer?

MF: The customer flew in to see the car once fabrication was complete so that it could be inspected, and a “punch list” could be made. He found nothing wrong with the car and gave it his approval.

The next few weeks were spent developing a build plan to finish the car and future units.

The car now sits in an undisclosed storage facility awaiting the final chapter of its life.

Stay tuned to THE SHOP’s daily eNewsletter for updates.

The beginning, starting with the 1966 Mustang before tear down.

Converting the wipers for the other side.

Cowl modification for the wiper conversion.

First look at The Coyote.

Cramming behind the dash panel on the wrong side. 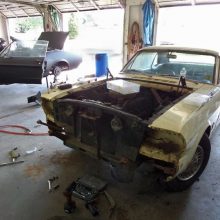 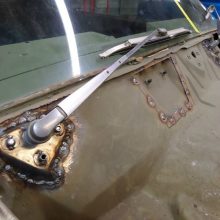 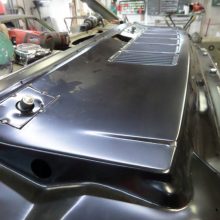 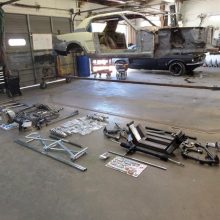 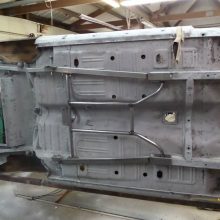 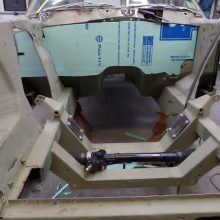 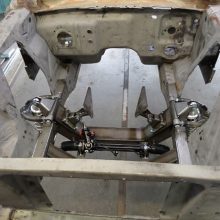 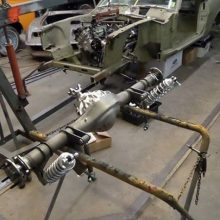 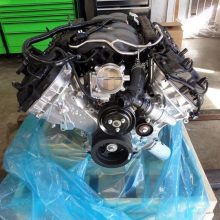 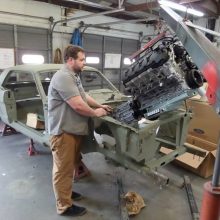 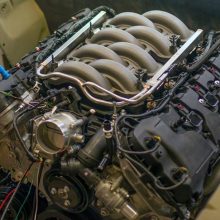 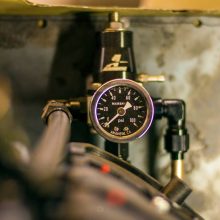 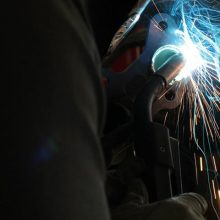 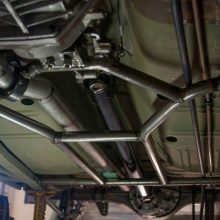 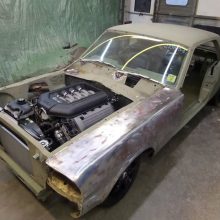 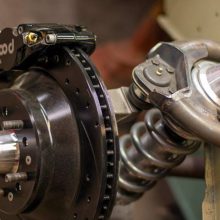 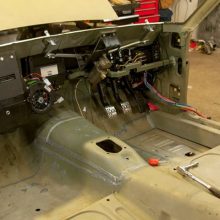 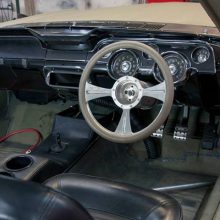 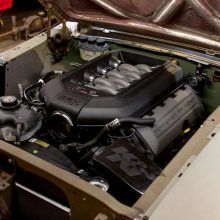 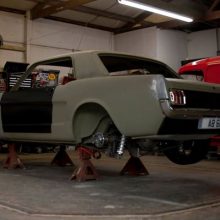 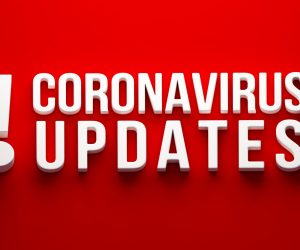 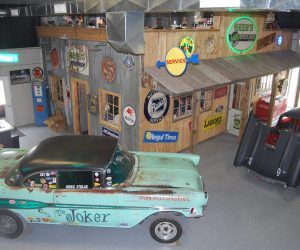 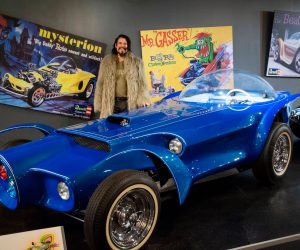 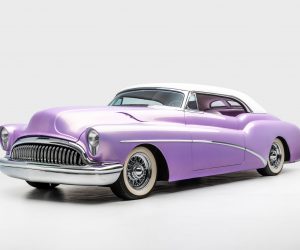 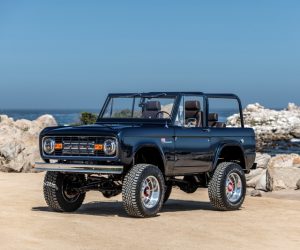