Doug Buzzard was just 7 years old when his father, Jim, first gave him permission to clean cylinder heads on an engine block in his shop.  By coincidence, the engine’s owner walked in while Doug was working.

At first, the customer objected to a young boy cleaning his custom-built engine. But Jim quickly put his mind to ease.

“He can do it a lot better than most of the people I know,” Jim said of his son. And since then, Doug has been a part of Buzzard Racing Engines.

Now, he’s preparing to assume all of the full-time responsibilities of running the Walker, Mo.-based engine shop, as his father transitions away from the day-to-day operations.

Jim Buzzard, 60, started in the automotive performance world in the 1960s.  He built, fixed and drove racecars. Then, Jim went to the Vietnam War and worked on aircraft engines.

“I got a good education in the military”, he says.

Once out of the service, Jim started building cylinder heads for dragsters. Originally from Oklahoma, he moved to Joplin, Mo.

In 1977, he started Midwest Motorsports, soon renaming the shop Buzzard Racing Heads and then Buzzard Racing Engines in 1982.  The shop has been in its current location in Walker for 14 years.

Doug Buzzard, 33, is now considered to be in charge of Buzzard Racing Engines, as father Jim has handed over the wheel of the business that he created.  Doug credits being around his father and experiencing all that he did with racing and building engines for turning him on to the industry.

Trynn Koehn has been with Buzzard Racing Engines for more than a year, working mainly on cylinder heads and teardowns.

Doug runs the day-to-day operation of the business, including giving his father a work-list that Jim either “finishes or ignores” Jim explains laughingly.

“It’s very hard” to find good employees in the industry, Jim notes.  Over the years, he says, “dependability and employee morale were often issues we’ve had to overcome.”

The Buzzards concentrate solely on building custom engines for racecars. Doug explains that 99-percent of their work is circle-track/dirt-track modifies and late models.

From time to time they do build other engines including sprint car, truck pull and off-road applications. They once created a prototype engine for an airplane as well.

One of their standout builds was a blown 406 small-block Chevy for Lloyd Huffman, who used it to set the land speed record in his 1953 Studebaker at Bonneville Salt Flats. He broke the record for the blown/gas competition-”coupe/sedan, at 249.945 mph.

Currently Buzzard has 10 engine projects going, usually devoting three to five weeks to each custom build. Doug mentions that they on average build 60 to 75 engines a year.

“We do everything,” Doug notes, starting with the box in rough form, then doing the machining, balancing work, blueprinting, honing, line honing, cylinder honing, rod honing and routing all cylinder heads.

Buzzard Racing also dynos everything with its DTS dynamometer. The business has been dyno-tuning for about 20 years and has had its current dyno for close to 10 years.

The shop itself is about 5,000 square feet, including 1,000 square feet dedicated to the front counter where parts are hung and sold. There are also displays of big blocks and cylinder heads.

The other 4,000 square feet houses inventory and the engine shop. Doug states, “Basically what we have here in inventory is what we use.”

When it comes to pricing, Buzzard Racing doesn’t go off of a set price sheet. In fact, the shop doesn’t even have a set hourly rate.

“Everything is done by job,” Doug says, using a multi-layered approach to setting prices.

The company calls certain competitors in its area and across the country to confirm an average price on a particular engine. And it will set individual prices for non-build jobs, such as honing a block or working the dyno for a specific engine, as well.

Parts sales are not a big portion of Buzzard’s business model. Jim and Doug note that parts pricing is too tight, considering the weak economy, to make much of a profit.

Buzzard Racing markets its business like any other engine shop, including a Web site (http://www.buzzardracing/) that has been up for more than five years.

The company also advertises in Dirt Modified magazine and National Parts Peddler, but, like many shops, its bread and butter is word of mouth. The Buzzards also go to all of the races in the general area, including events at Lakeside Speedway in Kansas City.

Buzzard Racing has built four engines and is working on a fifth right now for Kenny Wallace in the dirt modified circuit. Back in the mid-’80s, Jim also built an engine for the late Paul Newman when he was going though his circle-track craze.

Jim built the engine and met Newman and his wife in Kansas City. They put the engine in the car and Newman tested it for the entire day.

Besides the high-profile names, most of Buzzard’s customers come back again and again, often to freshen up an engine Buzzard Racing built for them in the past. Doug says that 98 percent of their customers right now are repeat customers.

And not all of them are local. Buzzard Racing builds engines for customers that race for a living every weekend. Their work is nationwide, and in the past they have sent engines to Canada and Australia.

The shop’s two biggest challenges right now, according to the Buzzards, are parts pricing in this economy, and crate engines. Buzzard Racing has lost five or six big customers to crate engines recently.

The crate engine, they say, has affected the engine building industry as a whole, forcing custom builders to defend their products and anticipate the day when some tracks specify crate engine specs.

No fan of crate engines, Jim says he and his son prefer instead to “build our engines around the driver.”

Despite any challenges, the Buzzards remain enthusiastic about their business. Doug says the industry is still thriving, noting, “anything in the performance industry has always been a good business.”

Buzzard Racing’s workflow is steady throughout the year, with slow times usually only coming in October and November. That’s when the shop catches up on any engines it had pushed to the back of the room. It also gives them a chance to prepare for the whirlwind of customers that flock to the shop around Christmastime.

Buzzard Racing Engines is a well-oiled machine and has been since its inception when Jim Buzzard created it. Father and son admit that they don’t always see eye to eye, but in the long run, they are first- and second-generation gear heads who let their actions speak for themselves. Currently, they are taking new steps with advanced multi-blend synthetic oils. “We have to change with the times and stay up with the market,” Jim says.

But the core has remained the same, as the shop continues to put out great engines, information and advice.

For others looking to join the ranks of the custom builder, they advise to be cautious, take your time and don’t race into things that will set you back in the long run. Buy one machine, they say, and work your way up to bigger ones that can be paid off equally.

And it helps if racing has been in your blood since you were 7 years old, learning early on the right way to do things. 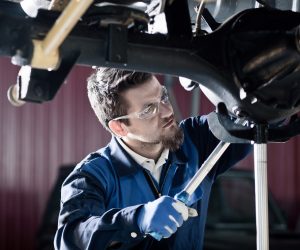 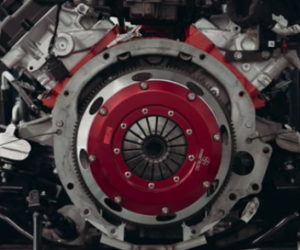 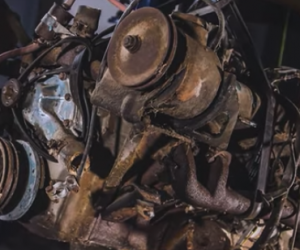 Restoring a Buick Nailhead V-8 from Rusty to Roaring