Aftermarket body kits are for customized looks more than they are meant to save fuel.

With the plight of the past few years’ economic woes, such as auto industry bailouts, unstable car sales, and through-the-roof gas prices, today’s consumers have been looking for the best ways to get more for their money. On the same note, manufacturers have been meeting these needs as seen in many of their newest model introductions.

Back in the 1990s when times were a little shinier – like the chrome on a brand-new exhaust – society and economic cares were nowhere near as high as they are today, especially when it came to making large, expendable purchases. This not only held true for new-car buyers, but also for those who were restyling rides to suit personal taste, personality and to provide other “warm fuzzy” feelings.

Throughout the muscle car heyday, “Mustang and Camaro were always the top cars to have customized,” Ernie Bunnell of Newport Beach, Calif.-based 3dCarbon says. In today’s modern world, however, the trends in customization and reasons for it have taken a turn. They also have caused a few myths that both restylers and suppliers have had to dispel.

Small is big for aftermarket

Unlike the days when pimped Mustangs were the craze, today’s consumer is opting for something a little more tame. The fact is, “The small-car market has really increased in the last two years,” Bunnell notes. The increase in B segment sales has caused a “big market for vehicles such as the Ford Fiesta, Mazda 2, Chevrolet Sonic and other cars within the compact class.”  Sean Tito of RKSport, Murrieta, Calif., believes the trend of customizing small cars will continue to grow especially since, he says, “nothing large is hitting the market right now.”

“This (trend) poses a great opportunity for restylers and suppliers,” adds Rick Nauman of ATS Design, Cerritos, Calif. “Most small cars are very affordable, which allows consumers to spend more money on personalizing their vehicles.”

Since smaller-car sales have increased, many new-car owners have somehow bought into the idea that aftermarket accessories can increase aerodynamics and miles per gallon. This myth has not only spread, it has become contagious, especially with those who (mainly due to economics) opt for purchasing a Kia instead of a Camaro.

Although some may argue a refined and customized hood or a curvaceous spoiler may achieve a savings of even a few pennies of petrol, restylers unanimously agree this fable is false.

“Manufacturers make cars pretty aerodynamic already,” says Dan Clawson of E&G Classics, in Columbia, Md. “Automakers also have many new OEM features within their vehicle designs to not only provide optimal performance and aerodynamics, but also to help with fuel economy. If someone says a spoiler is going to increase their mpg then they are being misleading. There is no way to measure a vehicle’s drag coefficient unless it is put through a wind tunnel test.”

In Cleveland, Kevin Box of Dawn Enterprises agrees that there is not anything aftermarket which can be added to a vehicle that will make much of a difference. “The only way to increase miles per gallon is to have the vehicle design already implemented or to make the car lighter.”

Lighter cars such as compacts are the top-selling class and have been so for a while. They are not the only segment though that is gaining more attention with new-car buyers and restylers. Hybrids and electrics are gaining momentum in kicking up sales in just about every customization aspect. For example, the Chevy Cruze has become quite popular and has not only helped GM sales but aftermarket sales, too. “We have done very well with grille sales for both the Chevy Cruze and the Sonic,” E&G’s Clawson says.

In some aspects, newer vehicles like the Cruze already are designed specifically for aerodynamics and fuel efficiency by manufacturers. They already are so efficient that there is nothing more that can be added to increase aerodynamics. For example, the Cruze’s lower grille has shutters that automatically close after the car reaches a certain speed. It is OEM design that achieves performance and optimal fuel economy while aftermarket additions can enhance the exterior and “go with the flow.”

“Not many people look for aerodynamics (in aftermarket products); they just want something to dress up their vehicle like hood scoops which allow your vehicle to run cooler and possibly perform consistently,” Tito of RKSport says.

For Donna Green of Retro USA, Burnsville, Minn., “Our product is a passion product – people who are really excited about a vehicle’s look bring their styling up a notch.” Unfortunately, the lagging economy had created a trickle-down effect which had hurt car sales for much of the past couple of years and, thus, those sales within aftermarket production. “With the economy down, I think it has really affected the morale. There has got to be hope for a resurgence of the restyling and aftermarket industries,” Green adds. “We are all hoping things will get better, but the reselling market is tough to break into right now, so we are waiting and hoping, but the economy won’t change until we start acting on it.”

Many agree that restyling will increase as the economy improves. “We have seen this positive trend since 2009 and we are already starting to have good response in the new year – so far so good,” Tito notes.

Still, consumers are spending money, albeit on accessories that cost less.

“Ford did studies on the small-car segment that showed people who transitioned into smaller cars were more likely to add features and creature comforts for convenience,” 3dCarbon’s Bunnell points out.

Another trend cannot only be seen in growth, but also in decline. “In the last three years when the economy took a downturn, people continued to spend money; it was just on smaller accessories,” Bunnell continues. Consumers were no longer “spending $1,500 dollars on body kits, but would opt for spending maybe $300 dollars on a hood scoop,” he notes. “But, so far, every year since that initial downturn, our sales have gradually and continually improved.”

For 2012, the trend of spending less on any one purchase is likely to continue, but experts believe the market will slowly increase while companies expand their selection of offered accessories. “Spoilers and body kits will continue to grow, but that growth will be a lot tamer, [more mature] than they used to be,” Clawson says. “Tint, wheels, tires, grilles and spoilers are usually the top five easiest things to do to personalize a car.” Clawson also thinks the wrap trend will increase, as well, as consumers tend to go for flatter, primer-based colors.

For the next few years, 2012-14, “there is a projected upturn in aftermarket customization, especially for smaller vehicles,” Box of Dawn Enterprises says. Additions such as “body side moldings are making a big comeback because manufacturers are not putting them on the cars,” he says. “However, there are some accessories such as spoilers that “have been losing popularity in the aftermarket segment.”

Another market that is fighting a major uphill battle is trucks. In some aspects, “the truck market is getting killed by this economy,” Box says.

In other areas, truck customization has maintained a steady pace in sales especially when it comes to, “truck lifts, bigger tires, lowered trucks and rims – which are all I primarily see in my market,” adds Tito.

Notes Bunnell: “Most consumers, especially truck owners, do not think about a truck’s aerodynamics. They are looking at design, features, quality, cost and value of the design. Some truck owners might be professionals during the week, and then use their truck as a family vehicle and hauler on the weekend, while at the same time, though, wanting their truck to look good.”

When it comes to recommending the best aftermarket selections to perfectly fit the style of both the owner and the vehicle, restylers need to keep up on trends and the consumer “buzz,” as well. “There are Internet forums to help installers recommend the correct products for their customers,” Bunnell says. “The Internet is also the quickest, most informative way to get product information out.”

Adds ATS’ Nauman: “We also look at past and present sales of vehicles and what factory accessories the automakers are offering for it.”

Keeping the masses informed while keeping an edge is vital, especially when it comes to new market growth. “Restylers have to keep coming up with new products and advertising so people become aware of those products [and why they should purchase them],” Bunnell emphasizes. “We can’t stop improving.” 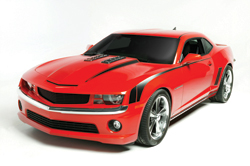 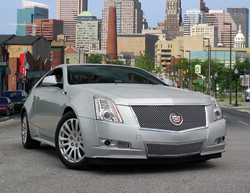 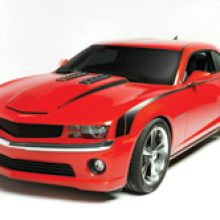 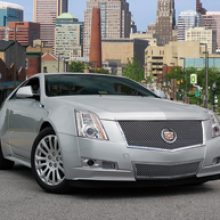